Central High Drops One to Empire in District Tournament 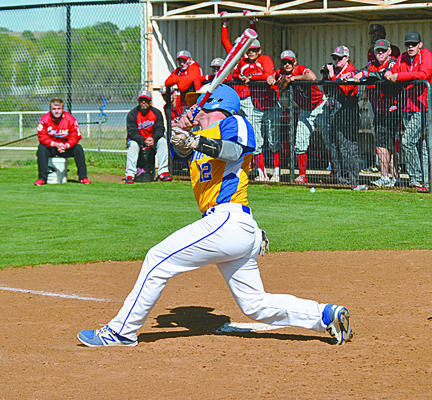 Bryson Johnson digs for a single in the first inning of district play against Empire. Photo by Harper Pitts 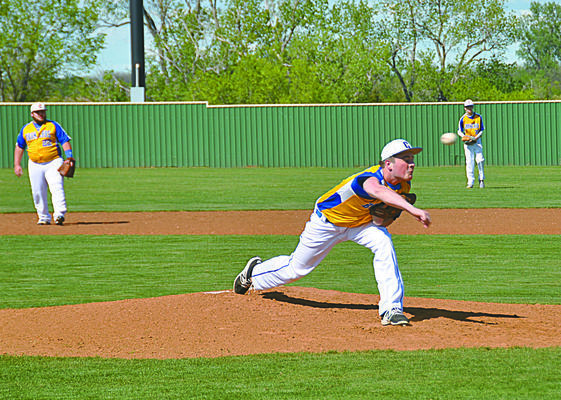 Central High coach Jarrett Sparks admits he has "high expectations" for the Bronchos coming into the district tournament against Empire and Elmore City-Pernell. As of the start of play on Thursday, Central High had won four of their last six games including Monday night's deft 13-7 win against Velma-Alma.

A tough 9-2 loss to Empire in the first game raised the stakes considerably for the matchup. After a brief lead in the first inning, Central High dealt with pitching woes as Empire amped up the offense. The Bulldogs' five runs in the top of the fourth inning came while they had two outs on the board.

The last three innings, however, proved less one-sided. Both teams held each other nearly hitless and scoreless until the bottom of the seventh, when Bryson Johnson scored on a single RBI bringing the final score to 9-2, with Empire on top and grateful to still be in the double-elimination tournament.

Sparks was looking forward then to the next game, this time against Elmore City-Pernell. "They're a good team; we've seen them before," said Sparks. "It should be close." Indeed it was for the first three innings, when the game was called for rain with the Bronchos up 1-0 over the Badgers. The game will continue today at 1pm at Elmore City before the tournament continues as scheduled.