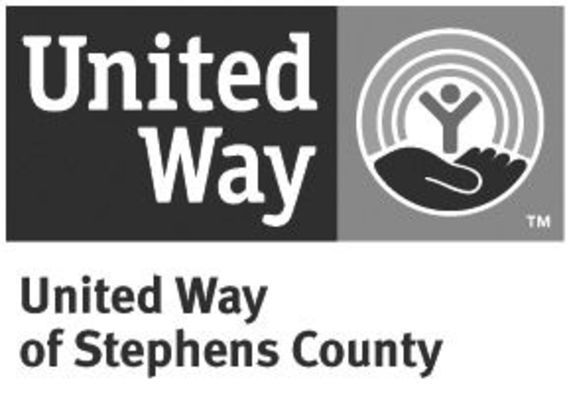 Ed Darling, executive director of the United Way of Stephens County for the past four years has announced his retirement.
A native of Alabama, he will be returning to Tuscaloosa, his hometown.
“While Duncan has been a special part of my life and I will miss it,” he said, “the opportunity to be closer to two of my sons drives my decision to leave. I look forward to renewing old friendships, traveling some and perhaps even writing a little.
“Living here has been a blessing. Watching our volunteers help those in need is an experience I’ll always cherish. And working with Helen Stewart has been a joy.”
His last day in the office is Wednesday, July 31.
“Ed Darling has given back to the United Way of Stephens County and the Duncan community with a true heart of service,” Board chairman Betty Beck, said. “He has managed the United Way the past four years with great enthusiasm and a commitment to make each campaign stronger than the past.
“We appreciate the great job he has done and all of the leadership he has provided. Ed will be greatly missed,” she said, “and his shoes hard to fill, but we wish him well in his retirement and know this will be a treasured time in his life.”
Plans continue for this year’s campaign that kicks off Sept. 6 and a search to find his replacement is already under way.
“We’re truly proud of the United Way,” Beck continued. “It has served our communities well for 65 years. Our office is well managed. Our agencies are professionally run, our citizens are generous supporters and our volunteers are nothing short of remarkable.
“We’re optimistic we’ll find another top-notch person to coordinate and lead our efforts.”
Stewart, the United Way’s administrative assistant, will remain.
Darling joined the United Way after a 50-year career in journalism, publishing eight newspapers in Oklahoma, Alabama and Mississippi, including two stints at The Duncan Banner.
He was named Outstanding Alumnus in Journalism by the University of Alabama and was awarded the Beachy Musselman Award for contributions to journalism and communities by the Oklahoma Press Association.
He was named Man of the Year by the Duncan Chamber of Commerce, was recipient of the Distinguished Service Award from both the Duncan Chamber and the Duncan Jaycees, is a recipient of The Liberty Bell Award from the Stephens County Bar Association and is a recipient of the Emma Marie Eddleman Citizenship Award (citizen of the year) in Cullman, Alabama.
Darling was heavily involved in designing, funding, building and staffing the L.B. and Ola Simmons Community Activities Center and played key roles in helping design Abe Raizen Park and build the Fuqua Park gazebo.
He has served as president or chairman of three chambers of commerce, two United Way organizations, two Main Street groups (he was one of the founders here) and an economic development authority.
He was a member of the charter Leadership Oklahoma class, is a 43-year Rotarian, a former club president and a Paul Harris Fellow.
Darling was an officer in Mississippi, Alabama and Oklahoma press associations and newspapers he guided earned 14 general excellence awards
His columns, editorials and design work were also cited for excellence and he created Duncan…The Magazine for The Banner.
Son Scott and his wife, McKaye, live in Alexandria, Virginia with their three children while Chris lives in Tuscaloosa and Grant in Madison, Mississippi.