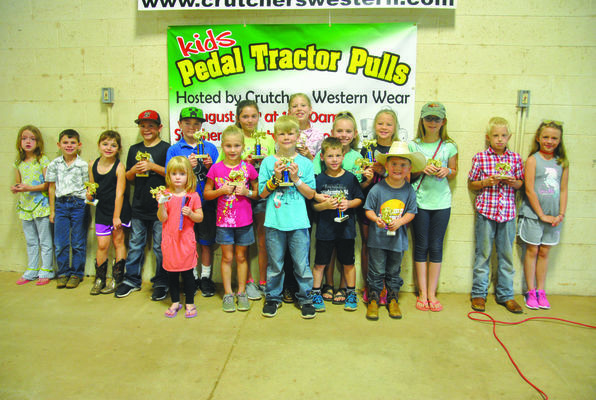 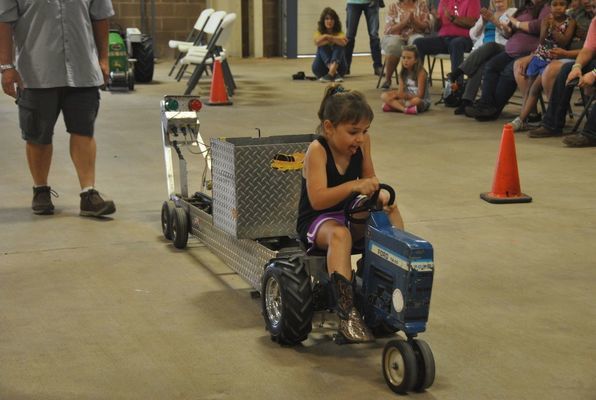 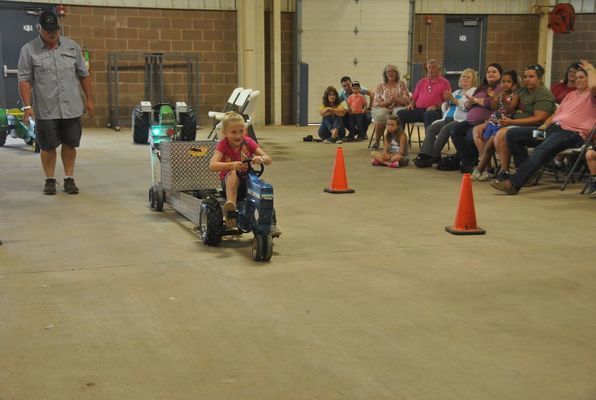 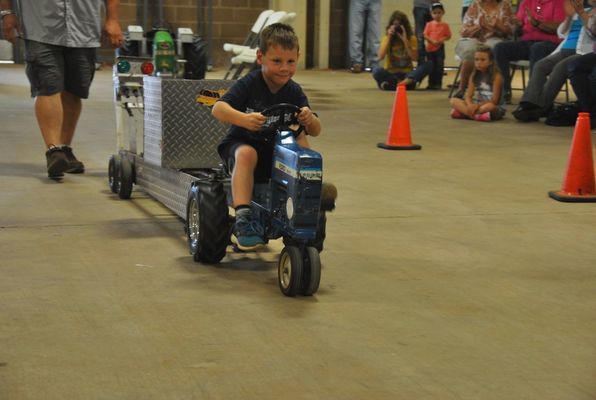 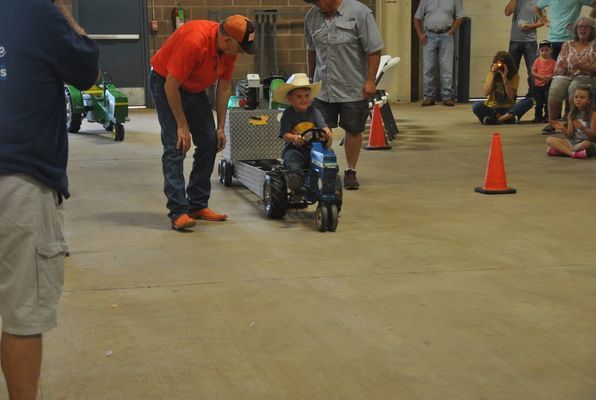 A new kind of tractor pull had its inaugural competition at the Stephens County Free Fair on Saturday. The event, sponsored by Crutcher’s Western Wear, saw dozens of area children competing to pull weights not with huge farm implements but with pedal tractors.

The tractors, owned by Ernest and Traci Chupp of the First Class Pedal Pull company in Inola, OK, were fitted with a weighted sled and were sized for each age group from 4 years old to 11 years old. The competition was straightforward: the farthest pull for each age won, and each winner has the opportunity to go to the state competition at the Cleveland County Fair in Norman on September 7.

Although this was the first time this event was on the schedule at the Free Fair, participation was larger than expected. “I’m thrilled with the turnout,” said Mark Crutcher, owner of Crutcher’s Western Wear. “There were even several people there just to watch; they didn’t have kids or grandkids in the competition and they enjoyed it.”

First- and second-place winners took home trophies that were donated by Standridge of Duncan. All competitors were awarded ribbons that included a coupon for a free drink at the 4-H concession stand.

Crutcher said he hopes the event will continue at the Stephens County Free Fair. “If everyone has fun and gets excited about it, it’s just going to get bigger.”