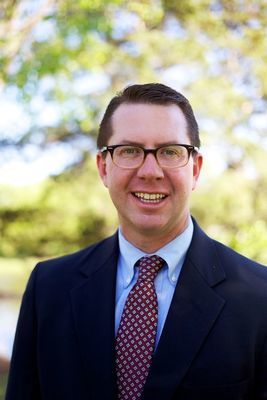 I’m overjoyed at the successes of criminal justice reform we’ve seen in Oklahoma over the past few years. Oklahomans passed SQ 780 in 2016 to reclassify low-level drug and property crimes from felonies to misdemeanors. In November, HB 1269, which made SQ 780 retroactive, went into effect.

While these triumphs are no small feat, there’s still much to be done. The best respect we can pay to the hard work of our communities, Governor, legislators, voters and local advocacy groups and the suffering of those still incarcerated is to keep moving forward.

Oklahoma has an incarceration crisis. We still have the second highest imprisonment rate in the country. We still spend nearly half a billion dollars in taxpayer money each year to impose excessively long, harsh sentences on Oklahomans, taking them away from their families and communities.

At the root of this crisis is our state’s use of sentence enhancements and extreme sentencing. Oklahomans spend 70% longer in prison for property crimes and 79% longer for drug crimes than in other states.

The results of excessive sentences are poignant and far-reaching. Lengthy sentences for low-level crimes keep people away from their families, causing long-lasting damage to the lives of their children. They take breadwinners away from their homes, damaging our state’s economy. And for what? Research shows that long sentences don’t make communities safer.

For years, legislators have proposed legislation to address sentence enhancements and extreme sentencing, with limited success. Oklahoma needs concrete, measured steps toward a more effective criminal justice system. The next step is to get sentencing reform on the ballot, directly in front of Oklahomans, who have proven they can help drive this issue forward.

This past week, a new constitutional ballot initiative was proposed by a diverse, bipartisan coalition that would end the use of harsh sentence enhancements. The initiative would allow people who have already received an excessive sentence to petition the court for relief.

This initiative would be a game-changer for thousands of Oklahoma families who are suffering the effects of having a family member in prison. There is strong support for this common-sense reform — after all, Oklahomans don’t want to lead the country in incarceration. Polling shows that across party lines, two-thirds of Oklahomans would support this measure if it was on the ballot today.

I’m proud to be a part of this bipartisan movement toward a more just future for Oklahoma and humbled by the hard work Oklahomans have put toward this cause. We owe it to our neighbors and our communities to keep making progress on criminal justice reform. Let’s get this important initiative on the ballot so we can tackle the root cause of one of our state’s most devastating crises.

Kris Steele is executive director of Oklahomans for Criminal Justice Reform (OCJR), a bipartisan coalition of criminal justice reform advocates. A Republican, he served in the Oklahoma Legislature for 12 years and served as Speaker of the House for two years. He is the executive director of The Education and Employment Ministry (TEEM).