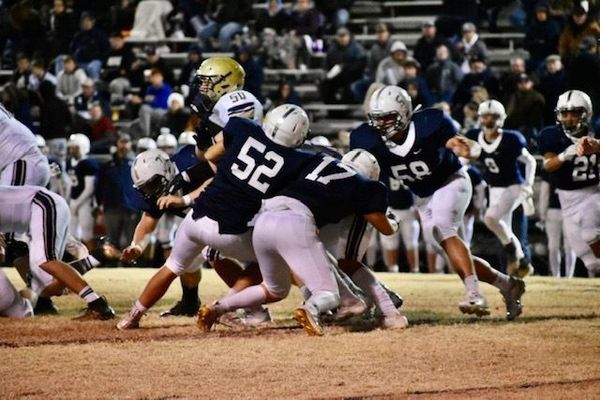 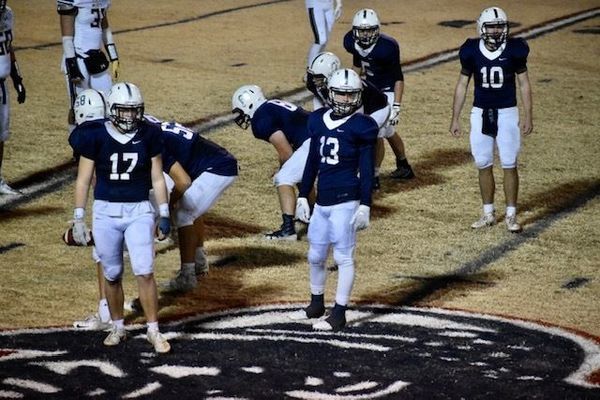 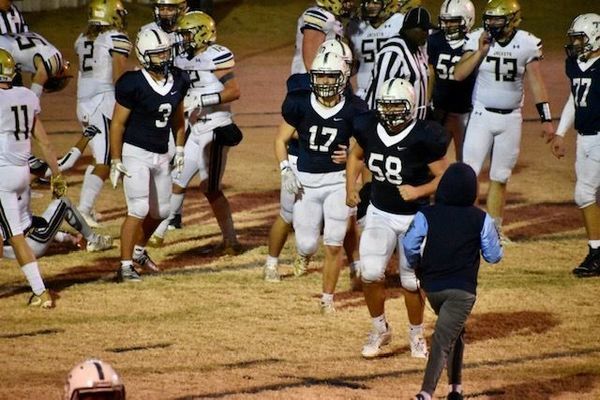 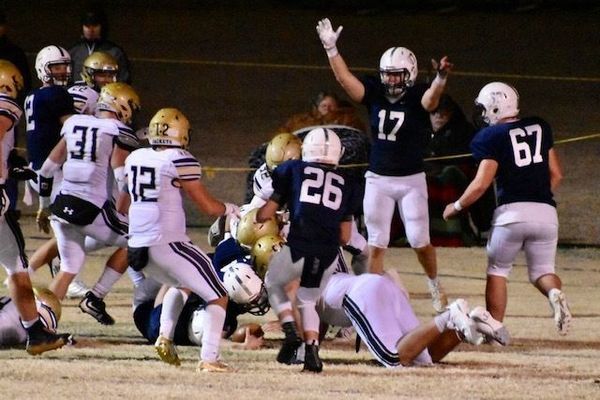 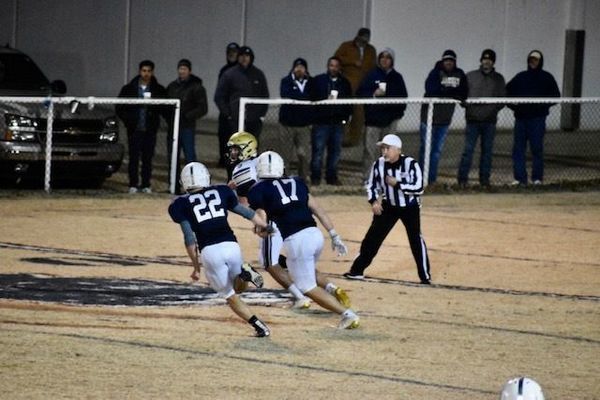 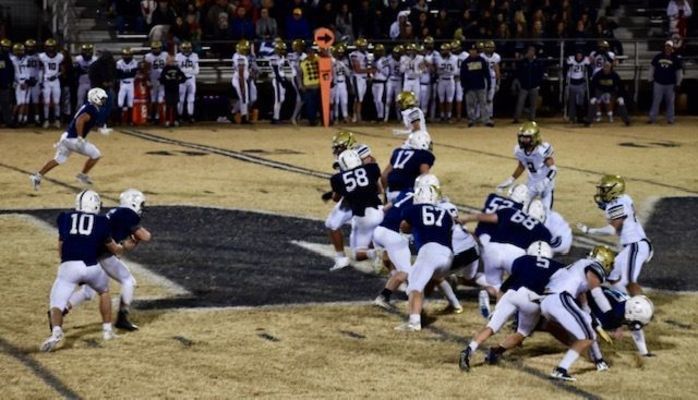 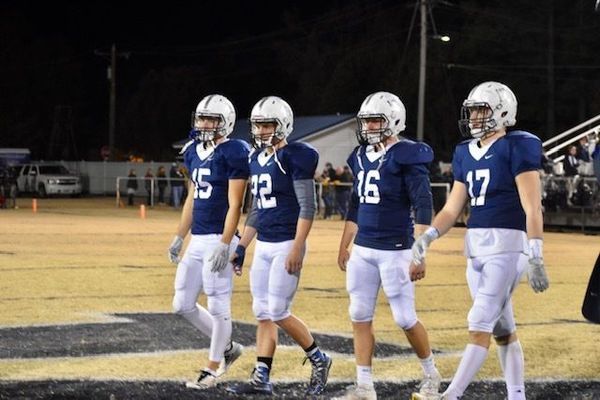 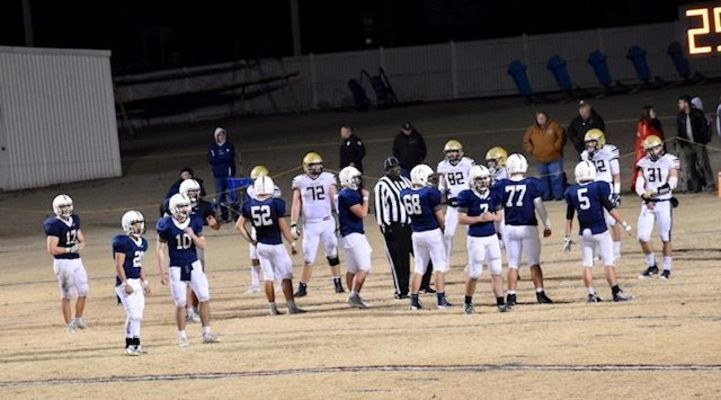 Photo by Sara Martin
Previous Next

It was a cold night for football in Marlow on Friday when the Outlaws faced the Yellowjackets, but fans who braved the chill were rewarded with one of the most exciting games in recent memory. The Outlaws had home-field advantage for the first week of Class 3A playoffs, and despite an early deficit were able to close out the fourth quarter at a tied score of 35-35. Kingfisher ultimately came out on top to advance, but not without a battle from Marlow that extended into a third overtime.

Will Bergner put Marlow on the scoreboard first with a 59-yard reception from Jace Gilbert with 2:30 left in the first quarter. Kingfisher’s Keaton Abercrombie answered early in the second to tie it up, 7-7.

Two more scores by Kingfisher, Clayton Abercrombie’s 42-yard reception from Cade Stephenson with 6:36 left in the second and a 1-yard run into the end zone by Stephenson at the end of the quarter made it a 14-point game at the half.

Gilbert managed a keeper into the end zone in the third to pull within a touchdown of tying, but Abercrombie again answered on a short pass from Stephenson to make it 28-14, Kingfisher at the end of the third.

The Outlaws threw on the steam in the fourth with two scores to tie, both QB keepers after fast-paced, consistent offense on two possessions. The Yellowjackets were unable to pull ahead in the final three minutes of the quarter and with a score of 28-28, the teams readied themselves for an overtime fight.

Marlow had the ball first and scored with Gilbert’s run and kick to make it 35-28. Kingfisher made short work of another score with Stephenson’s keeper into the end zone.

Second overtime saw Stephenson run in for another score, and this time Marlow’s Jayce Martin was there for the 9-yard pass from Gilbert for Marlow’s answer for another tie, this time at 42-42.

Ultimately the Outlaws were unable to take advantage of the scoring opportunity in the third overtime, and Clayton Abercrombie managed a 20-yard field goal to bring the final score to 45-42 and allow the Yellowjackets to advance to the second round of playoffs.