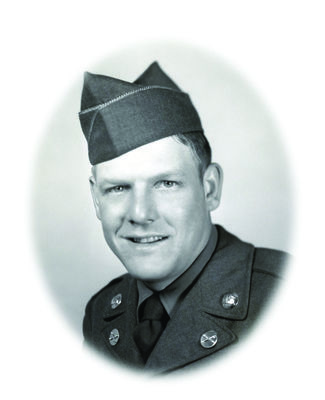 Graveside Services will be held at 1:00 PM, Wednesday, December 11, 2019, at the Marlow Cemetery with Military Honors conducted by Stephens County Honor Guard. All arrangements have been entrusted to the Callaway-Smith-Cobb Funeral and Cremation Services in Marlow.

Tom was born Friday, June 21, 1929 in Blair, to Ode Ross and Mary Lou (Fraser) McElhanon. He graduated from Marlow High and had lived in the Marlow area all of his life. Tom married the love of his life, Virginia Legg in Duncan on February 14, 1954; they had been married for 58 wonderful years before her passing on February 4, 2013. Tom worked for Halliburton for 35 years in the Data Processing Dept. He took 2 years off from Halliburton to serve in the United States Army in the Korean War. Following retirement from Halliburton, Tom drove a bus for the Marlow Schools for more than 20 years. He enjoyed going to the casino and watching game shows as well as video poker. Tom loved his family dearly and enjoyed spending time with his family.

Along with his wife, Tom was preceded in death by his parents, a brother, Ode Ross McElhanon, II, 2 sisters, Treasure Welsh, Ozia Smith, and a grandson, Jason Slay.