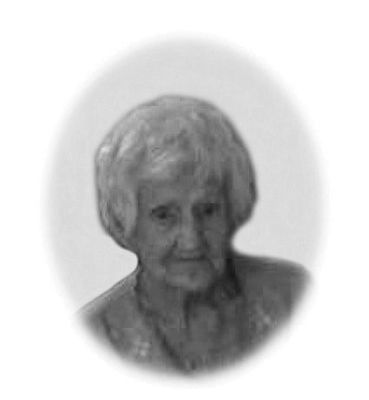 Hattie Marie Caveny Bowman, passed away Wednesday, February 19, 2020 in Duncan, at the age of 99.

Service to be held at a later date. Cremation has taken place at the family's request and all arrangements have been entrusted to the Callaway-Smith-Cobb Chapel in Rush Springs.

Hattie was born Saturday, October 16, 1920 in Roff, to Thomas Wayman and Hannah Louise (Meyer) Davis. She had lived in the Stephens and Grady county area all of her life, where she enjoyed working on her farm. Hattie married Leroy Caveny in Duncan on November 14, 1942; they were married for 31 years before Leroy's passing on March 13, 1974. Hattie later married Sylvester "Slim" Bowman in Marlow on March 25, 1977; they were married for 8 years before Slim's passing on March 13, 1986. Hattie loved the outdoors especially being out on the farm. She enjoyed spending time with her family. Hattie was a member of the Gospel Tabernacle Church.
Survivors include, a son, Edward Wayne Caveny of Duncan, a daughter-in-law, Linda Spurlock of Marlow, a grandson Charles (Chuck) Wayne Caveny of Rush Springs, 8 great-grandchildren, Caleb Caveny and wife Megan, Kendra Adamson, Amanda Kane and husband Brian, Chance Caveny and wife Katerena, Lacie Caveny, Ethan Caveny, and 6 great-great grandchildren. She was also survived by a sister, Nora McCarty of Rush Springs, 2 sister-in-laws, Nellie Davis of Rush Springs, Lucille Davis of Marlow, as well as several nieces and nephews.