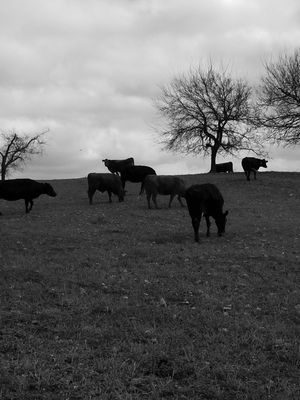 Funeral Services will be held at 2:00 PM, Thursday, March 26, 2020, at the Vimy Ridge Baptist Church, with Rev. David Hale officiating. Burial will be in the Rush Springs Cemetery with military honors conducted by the Stephens County Honor Guard. All arrangements have been entrusted to the Callaway-Smith-Cobb Chapel in Rush Springs.

Bud was born Wednesday, February 11, 1931 in Meers, OK, to Albert Earl and Maggie Lee (Moody) Stewart. He lived in Grady County for more than 65 years. Bud married the love of his life, Illa Faye Trusty in Cox City on April 24, 1954; they were married for 65 wonderful years before Illa's passing on October 13, 2019. Bud worked for several years for Cline Industrial and worked as a heavy equipment operator for Grady County as well. He served in the United States Army in Korea. Bud enjoyed farming and just raising his cows. He liked to go fishing and hunting, but his most memorable times were spent with his family. Bud was a member of the Bailey Community Church.

Along with his wife, Bud was preceded in death by granddaughter, Misty Michelle Stewart, a brother, Donald Lee Stewart, and 2 sisters, Dean Taylor, Sue Willoughby.

Pallbearers will be: his grandsons and great-grandsons.

Honorary Pallbearers will be: Don Hayes and Jim Chaffin.