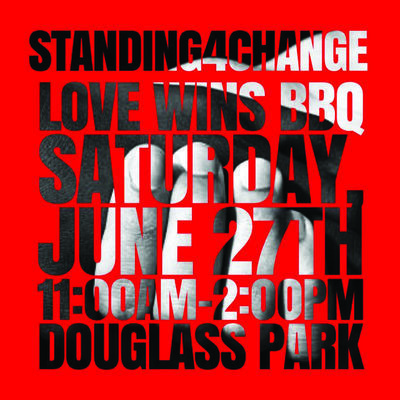 Standing4Change, a coalition of Stephens County community members, religious leaders, elected officials, and law enforcement, gathered earlier this month to discuss issues of race within the community. The group has organized a “Love Wins Barbecue” for everyone in the Stephens County area, to be held on Saturday, June 27 from 11am to 2pm at Douglass park in Duncan.

Standing4Change was organized initially to plan area activities for Dr. Martin Luther King Day, but has expanded to include community education opportunities as well. In the wake of George Floyd’s death in Minneapolis and increased racial tensions, the group invited dozens of stakeholders to participate in a discussion about race in Stephens County and what might be done to bring the community together. The Love Wins barbecue is the first “CommUNITY” event to emerge from that meeting.

The Love Wins event organizers aim to create connections among citizens, leaders, and law enforcement and inspire dialogue between them. To that end, the event will include a panel discussion that includes District Attorney Jason Hicks, Sheriff Wayne McKinney, Duncan City Manager Kimberly Meek, and Duncan Police Chief Danny Ford.

The group is offering an “open table” of ribs, barbecued pork, hot dogs, and drinks.