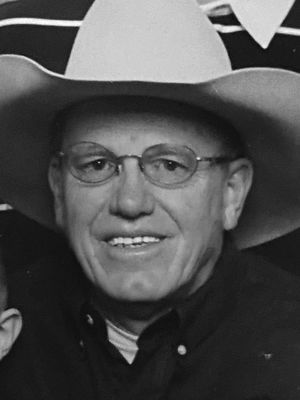 Curt grew up in Marlow, graduating from Marlow High School, Class of 1965. Following high school he attended East Central University and later Cameron University. Prior to completing college, Curt joined the United States Navy, serving during the Vietnam War. Following an honorable discharge from the Navy, Curt worked for Mac Oil and the LTV Corporation in Dallas.

In 1972, Curt began working at the Uniroyal Manufacturing Plant in Ardmore, where he spent the next 34 years building tires. Curt enjoyed the cowboy way of life. He spent countless hours roping and riding. He also enjoyed hunting, fishing, trapping, raising chickens and collecting “stuff”. Curt was known to be quite the dancer.

In addition to his parents and first wife, Curt was preceded in death by one sister, Loretta “Pud” Reed; and one granddaughter, Reagan Reed.

Services are entrusted to Hale's Funeral Home of Davis, OK.
Online condolences may be offered at halesfuneralhomes.com.