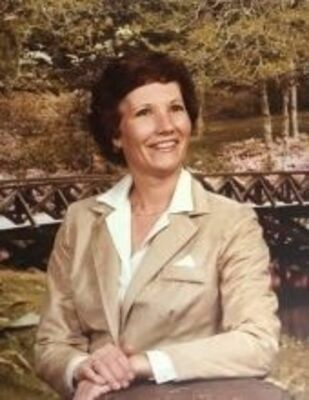 Rose June White Ammons met Jesus in her heart sometime around 1950, but she met Him face to face the morning of Monday, May 3, 2021, at the age of 83. Funeral Services were held May 10, 2021. Our mama June was born on a farm in Marlow, Oklahoma, to Cecil and Vera White on November 5, 1937. She was the fifth of seven children – Bobby, Jean, Joyce, Wayne, June, Zelma and Meda. (On Monday, Bobby and Jean were some of the first in line to greet her as she entered the Gate of Pearl.) She spent her childhood alongside her siblings in the sun and the dust, hoeing peanuts and potatoes; playing games together in the yard after dark in what spare time they were given. Running down the long gravel driveway in a pack to see the train as it thundered by on the tracks across the road. Without going into specifics, just know that life on the farm was hard. These brothers and sisters persevered through it all, together, forming a strong bond among them that has never been broken. June met Jesus as a child at Gatlin Church in Marlow. She was baptized and immediately began her trek of Faith. She graduated high school in 1955, met Bob Ammons, married him, and along came four kids: Robert (Butch), Randy, Robin and Roger. (On Monday, Butch and Roger were first in line to greet her at the Gates of Pearl. June loved her kids with her whole heart and she lived every day making sure they knew it. She was the best mama bear, coach, cook, dictionary, doctor, judge, jury, and nurse. June was an avid student of the Word. Her marked-up bibles are proof of the time she spent alone with God. Her feet have touched those golden streets. Her eyes have seen the King. She is healed and whole from head to toe.
She is survived by: 1) Her siblings, their spouses and their beautiful families: Wanda (Bobby), Joyce, Wayne, Zelma, Meda. And 2) Her children, their spouses and their beautiful families: Randy, Dawn, Brooke, Case, Robin, Steve, Jess, Ben, Maverick, Samantha, and Jordan. And 3) too many loving friends to name who felt like family. Preceding her in death are her father (Cecil), her mother (Vera), her brother (Bobby), her sister (Jean and her husband Tommy), her oldest and youngest sons (Butch and Roger).