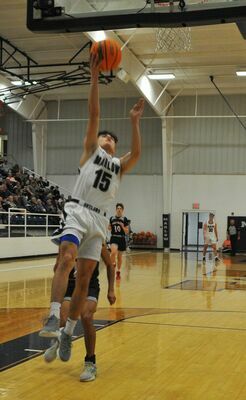 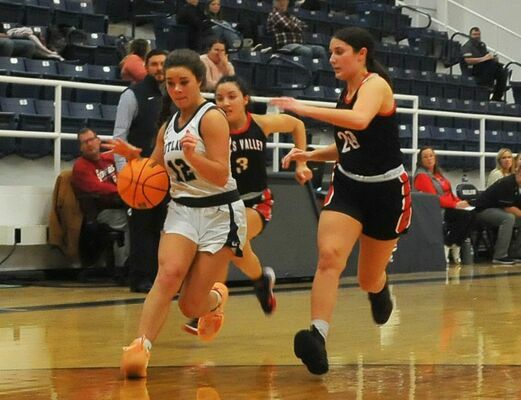 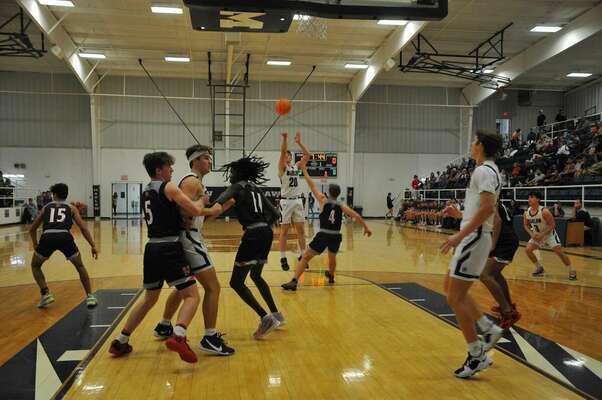 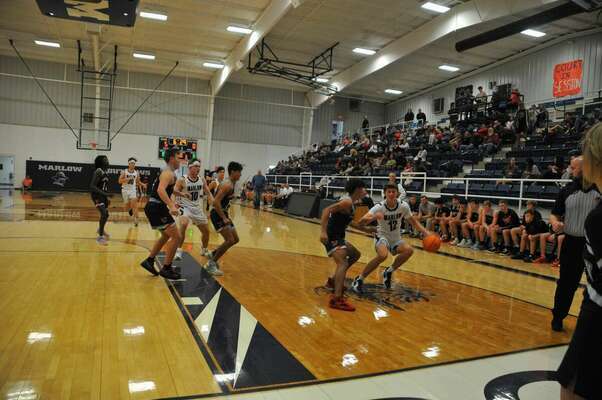 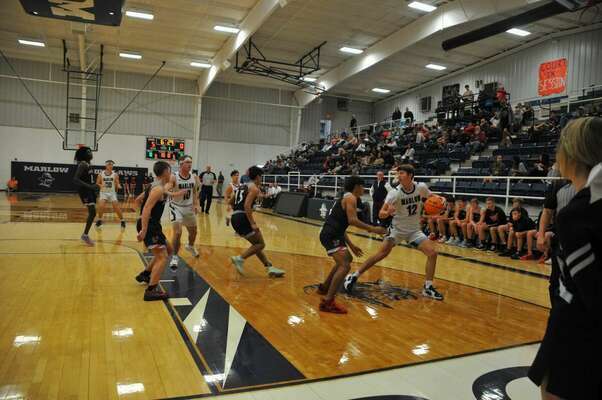 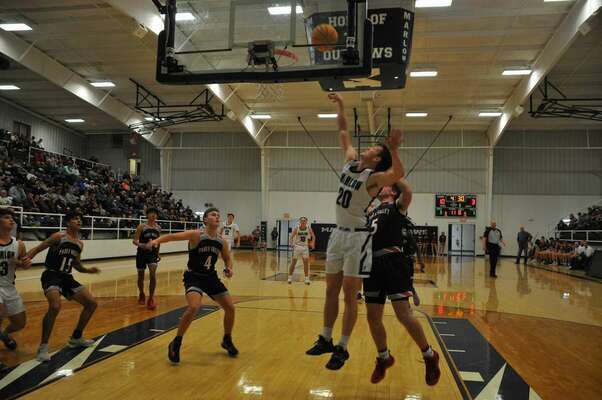 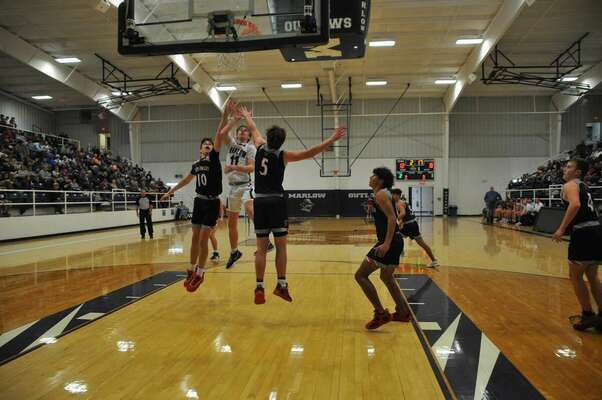 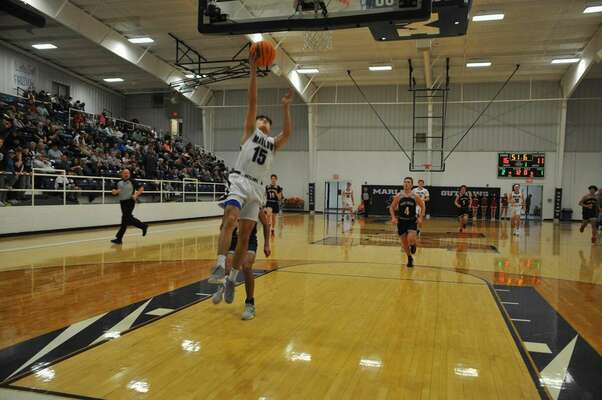 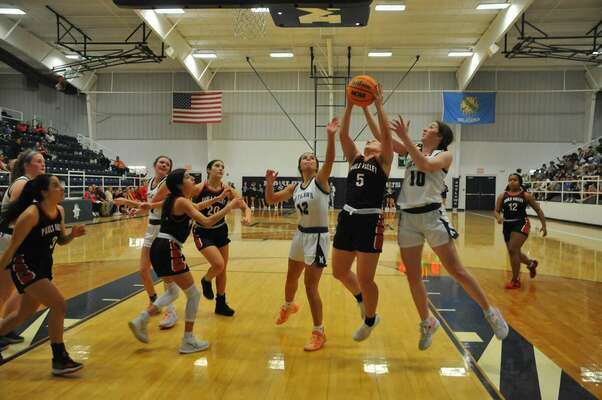 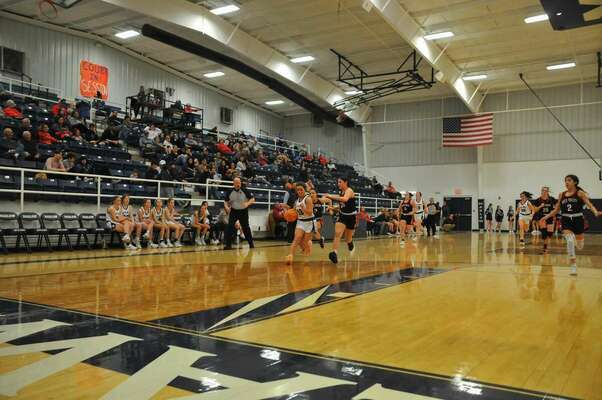 The Marlow Outlaws remain in the #4 spot in class 3A basketball rankings after their 75-44 win over Pauls Valley on Monday.

The Outlaws were perfect from the free-throw line, shooting 6 for 6. Will Bergner hit the most free-throws with four, followed by Josiah Johnson shooting two.

Marlow dominated the entire game, gaining the lead early and keeping it throughout. With 18 points scored in each of the first two periods, Marlow went to the locker room at halftime with a 12-point lead over Pauls Valley and kept the momentum through the second half. The Outlaws scored 23 in the third period and another 16 to wrap it up.

Pauls Valley struggled at the line, shooting 9 for 19 attempts. Justin Humphrey was the high scorer for the Panthers with 15, and Bub Chronister also hit the double digits with 11.

The Outlaws host 14th-ranked Purcell on Friday and have a make-up game against 4A Bridge Creek on Saturday; tip-off is 8pm for both games.

The #15- ranked Lady Outlaws also led over the Lady Panthers to the tune of 50-42 on Monday. Whitney Wade was again in double digits with 16 points. Wade sank 10 of 13 attempts from the line, including 6 for 8 in the fourth period. Kently Davis also hit double digits with 12, all from the field.

The Lady Panthers attempted a comeback in the second half, scoring 22 to Marlow’s 19, but it wasn’t enough to take the lead at any point. Jazmin Nunez was the scoring leader for Pauls Valley with 17; the 5’3” junior sank 4 three-pointers and shot 3 for 4 from the mercy line. Harlee Jones was the other double-digit scorer with 11; she was perfect on the line with 4.

The Lady Outlaws will play #16 Purcell on Friday and Bridge Creek on Saturday, both starting at 6:30pm.

CUTLINE: Blayd Harris hits the layup after a steal in Monday’s game against Pauls Valley.

CUTLINE: Lyvia Bateman keeps up the pace on offense after a rebound against Pauls Valley