Exercise your freedom to vote 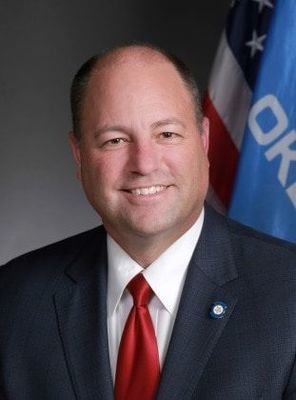 Tensions have been high in recent months as another controversial election approaches. As Americans, we should look forward to voting as it’s one of our greatest freedoms.
As a society, we must all work together to let our concerns and ideas be heard at every level of government. Do you know America has one of the lowest voter turnouts in the world? People in other countries risk being killed just to have the opportunity to vote. Voting is easier than ever in Oklahoma thanks to new laws approved in recent years including extending early voting hours, improving absentee voting, providing online voter registration applications, consolidating local election dates and other improvements to help increase participation.
There also seems to be a misunderstanding about the importance of elections from the local to federal levels. Presidential elections have the highest turnout while school board elections have the lowest because people think one is less important. All elections are important.
Deciding your local school board members is just as important as deciding the president. Local school boards decide how your local tax dollars are spent in your districts’ schools. They determine the salaries for your superintendent, administrators and teachers; how money is divided among the district including the amount given to classrooms; how much is spent on building improvements, extracurricular activities, books, furniture, etc. Most think the state makes these decisions but that isn’t the case. The legislature determines the teacher minimum salary schedule, makes laws concerning curriculum and appropriates the Department of Education’s budget, which is the highest of all the state agencies receiving 36% of the Oklahoma budget. The Department of Education allocates state funds to the districts. A majority of decisions are made by local school boards.
Repairs to county roads and bridges are made by elected county officials. This is a very important issue, especially in rural areas.
I’d contend that the most important elections are local elections because those are the ones that affect us and our families on a daily basis. School board elections will affect what kind of education your children or grandchildren receive and city council elections impact your community.
The good news is that a record of Oklahomans registered to vote this year. There are now just over 2.1 million Oklahomans registered to vote but there are still nearly 917,000 more eligible to vote who aren’t registered.
Oklahoma saw record numbers of citizens vote in the primaries this summer. Unfortunately, the numbers were driven by the state questions. I’ve heard so many stories from around the state of people in line who openly said were there for one particular question and didn’t know or care about anything else on the ballot and randomly filled in the rest of their ballot. This is frightening.
You can get sample ballots for your area on the Oklahoma Election Board website at www.ok.gov/elections/index.html. Please research all issues and candidates on your particular ballot. You can also visit candidates’ pages, which typically are more factual than random commercials.
Voting is a privilege and it should be taken seriously. We have a responsibility to know what we’re voting on before we get to the polls. Please don’t make decisions based on unreliable campaign ads and social media propaganda. Do you know that Oklahoma campaign ads don’t have to be truthful? Some states have passed laws about proving statements in ads but Oklahoma has yet to pass such legislation as some see it as a violation of freedom of speech, so please do your own research.