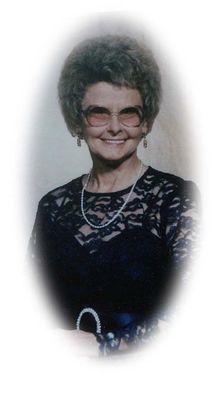 Longtime Resident of Rush Springs: Joan Nee, departed this life on Tuesday, February 5, 2019 in Duncan, at the age of 87.

Funeral Services will be held at 1:30 PM, Sunday, February 10, 2019, at the Church of Christ in Rush Springs, with Darin Brantley officiating. Burial will be in the Rush Springs Cemetery under the direction of Callaway-Smith-Cobb Chapel in Rush Springs.

Joan was born Friday, November 13, 1931 in Rush Springs, to Millard and Emma (Blair) Dorman. She lived in the Rush Springs area most of her life and graduated from the Rush Springs High School. Joan went on to attend Beauty School in Lawton as well as attended the Oklahoma College for Women in Chickasha. Joan married the love of her life, Roland Nee in the home of Spencer Bernard who also performed the wedding ceremony, in Rush Springs on September 4, 1970. Roland was in the United States Army which allowed the couple to travel which they enjoyed and traveled all 50 states and other numerous countries. Joan was a photographer which was something she dearly enjoyed. She was a great good especially her pies and she loved spending holidays with her family of good cooks. Joan was a member of various groups including Eastern Star, American Legion Womens Aux, and Veterans of Foreign Wars Womens Aux.

Along with her husband of 41 years, Joan was preceded in death by her parents, and 3 sisters that she missed dearly, Nettie Mae Compton, Ruby Howell, Vivian Opal Bernard.