Ligon stepping aside at FBC 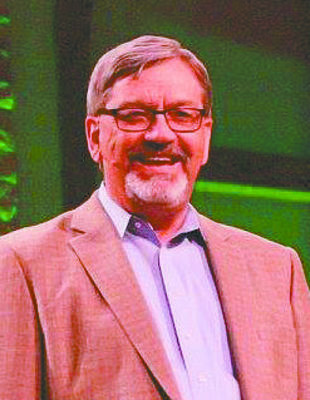 Joe Ligon, the senior pastor at First Baptist Church of Marlow, has announced he is stepping down as pastor of the church to take on a leadership role with the Baptist General Convention of Oklahoma in Oklahoma City.

Ligon, 60, was unanimously selected as the senior associate executive director on Feb. 5. He will begin his role with the convention on March 1. His last sermon as senior pastor at First Baptist Church will be Feb. 24.

Ligon, a Wewoka native, came to Marlow as a school administrator. He stepped down to take over as full-time pastor of the church in July 1999 after serving three months as interim.

The church is in the beginning stages of seeking his replacement.

"They will find a good one. The church deserves a good pastor for a change," Ligon joked.

During Ligon's tenure, membership at the church has more than tripled from less than 400 members to more than 1,300.

"It's been crazy to think it's been 20 years," Ligon said. "It's incredible, it's flown by. Every once in a while, you look back and it is just amazing what God has accomplished at the church over those years. Not because of my leadership but in spite of my leadership. It's been a great run, just amazing."

He is no stranger to leadership roles with the BGCO. He was the convention's president in 2017-18.

Ligon's new job entails being the chief of staff. He will be responsible for the people that work there, working with different boards of the BGCO, organizing and developing fundraising efforts and other jobs.

"Because of my passion to help small-town and rural churches, I will be able to work with them around the state. Basically, I will do what I'm told to do until I figure out what I need to be doing on my own," Ligon said.

He and his wife, Gayla, will remain in Marlow and First Baptist Church will continue to be their home church.

"I'm just going to be an old cranky Baptist in the pew," Ligon joked.

He feels like the Lord has led him to take on this new role.

"I'm convinced this is what I'm supposed to go do," Ligon said.