A Beautiful Day for Everyone 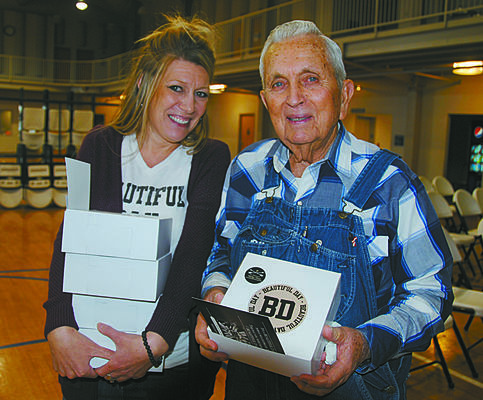 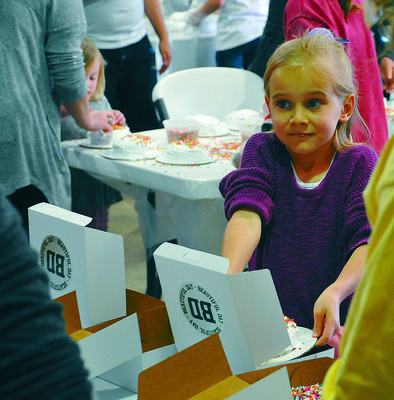 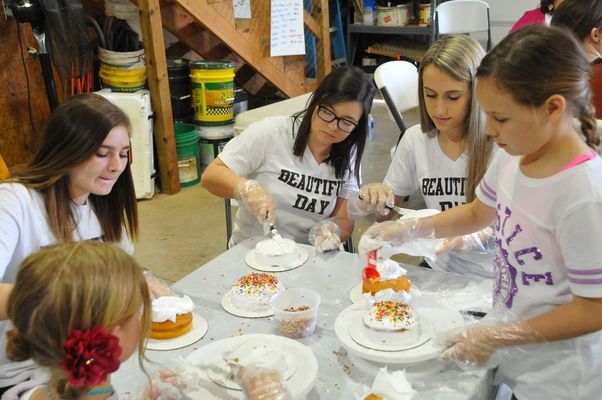 “The Day You Were Born was a Beautiful Day,” according to the founders and volunteers with the Beautiful Day Foundation. Co-Founders Michele Johnson and Leah Miller began their mission with the goal of ensuring elementary school students know that they are cared about and celebrated, so they began hosting monthly birthday parties at a few schools in Stephens County.

Less than a year later, Johnson and Miller expanded the scope of Beautiful Day to include another underserved group: widows. Beautiful Day’s Kindred Community now invites those women to a monthly “dinner party” where feelings of isolation can be replaced by a sense of belonging, letting them know that – according to the Beautiful Day website – “Beautiful Days still lie ahead.”

Since then, Beautiful Day has grown to serve 16 elementary schools in 12 communities, including two, Chickasha and Yukon, whose programs are still in the planning and funding phases. That didn’t stop representatives from those cities from coming to the annual “Cake-a-Palooza” on Sunday to help ice, decorate, box, load, and deliver 8,000 cakes to people in all 12 Beautiful Day communities.

That number isn’t a typo.

Cake-a-Palooza, according to Johnson, is now in its third year. “It started out with a call from an organization in Oklahoma City called the Needs Foundation. They had 3600 cakes to donate somewhere, and they heard that we are really good at throwing birthday parties.”

Beautiful Day really had no idea what to do with 3600 cakes, however. It was Beautiful Day volunteer Kimber Budowski who suggested that they celebrate people in the community who aren’t often recognized.

Volunteers decorated, boxed, and delivered all 3600 cakes to community members of their choosing: police, firefighters, teachers, sanitation workers, nursing home caregivers. “Anyone whose contribution to the community isn’t always seen, but is appreciated,” said Miller.

Last year they delivered 7500 cakes. This year the plan is 8,000. And 8,000 cakes don’t just ice, sprinkle, box, and deliver themselves. “I was just upstairs [in the large outbuilding that serves as headquarters] and I looked down to count. There are 63 people all working at once,” said Miller. “They all see this as a giving opportunity.”

Volunteer Leann Polk seconded that. She’d been there for two hours straight, icing cakes and supervising little helpers. Was she tired? “No way!” said Polk. “I’m energized!” When asked why she made it a priority to volunteer, Polk explained “I got a cake last year and it made my day. But as much as I loved getting one last year, that’s how much I’ll love giving them this year.”

Kelly Wilkerson feels the same way. Wilkerson and her husband own Chicken Express in Duncan and Chickasha, and they are working with Beautiful Day to start another program in Chickasha at Lincoln Elementary. “We had donated to Beautiful Day in the past, and it was such a great idea. Every kid deserves a party, no matter who they are.” Wilkerson added that some of her employees had received cakes as gifts last year, and “It made their day. I saw what it did to make them feel appreciated.”

Scott Locke, another volunteer, was putting Beautiful Day stickers on hundreds of cake boxes before sending them over to the table where volunteers would fold them. Locke has worked with Beautiful Day since his sons were in elementary school. “I started helping out with the birthdays when [my youngest] were in probably 4th grade, and now they’re about to start high school and I’m still doing it.” Locke said that this is the first year that he’s rallied the Boy Scouts to help out for service hours as well.

On Tuesday morning, volunteers met at Marlow Middle School to deliver 500 cakes. Kena Fleetwood had spent five hours icing cakes on Sunday, and another three hours boxing them. She also worked from 9am – 2pm on Monday and had spent Tuesday morning doing the same. After delivering in Marlow for a few hours, she planned to go back. “I just love doing it,” said Fleetwood. “The kids’ smiles are my favorite part of this.” In fact, every volunteer that morning mentioned the smiles as a big reason why they work with Beautiful day. Said Delisa Newman, “It’s so satisfying to see their smiles.” Ginger Woods “[loves] the smiles and high fives.”

After a few minutes of logistic planning, Fleetwood, Woods, Newman, Jessica Garvin, and Skye Wortham scattered all over town to deliver Beautiful Day cakes to schools, businesses, and churches. Garvin and Woods headed to First Baptist Church to give cakes to the volunteers with Veterans Corner who were assisting veterans with disability claims.

It was, as they say, a giving opportunity.