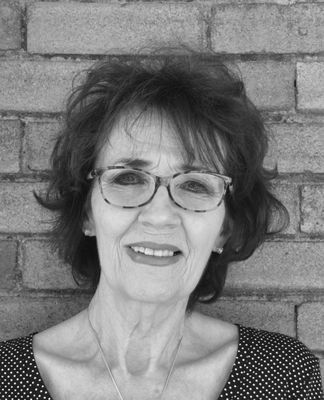 As we’ve mentioned many times over the last few months, the Marlow Area Museum is currently open on Friday and Saturday, from 10:30 a.m. until 4:30 p.m. each week, and will continue to be through the summer months.

Since the Museum opened on November 21, 1998 – Marlow’s centennial birthday – there’ve been many changes and additions to the existing Museum exhibits as additional historically important items have surfaced. Completely new exhibits have also been added, including the exhibit featuring the replica of the dire wolf skull, unearthed in Marlow in 1920, the original of which is in the Smithsonian Museum in Washington, D. C.

The most recent exhibit commemorates the role of Marlow’s W. B. Anthony, and his midnight ride in 1910 to carry the great seal of Oklahoma from Guthrie to Oklahoma City. This particular “midnight ride” resulted in the 1910 transfer of the capital of Oklahoma from Guthrie to Oklahoma City. The exhibit telling the story of Pearl Carter Scott has also been greatly expanded to reflect the movie of her early years as shown in the movie “Pearl,” and the biography “Never Give Up - The Life of Pearl Carter Scott.”

These are some of the examples of the brief narratives given by some of the exhibitors in 1998 to describe their areas to the Museum visitor.

“SCHOOL/MARLOW SPORTS HISTORY. You will find a history of records and scores for all sports plus pictures of the three State Championship Football Teams. There are also letter jackets from different times, along with jerseys and warm ups for different sports. There are two people at this time recognized. Joe Dial, set a national record for pole vaulting while still in high school. He went on to compete in the World Games, and his jersey that he wore is on the wall. The other person is Terry Brown. He is one of two former Outlaws to have played in the NFL. Ross Coyle played two years for the Los Angeles Rams and Terry played 8 years with the Cardinals and Vikings.”

“A. J. HOWARD - W. T. WARD PIONEER FAMILIES. The W. T. Ward family moved in two covered wagons from East Texas, arriving in Marlow, Indian Territory in early 1895. A. J. Howard with three of his sons, came from Tennessee and settled in the Marlow area when he was unsuccessful in drawing free land in Oklahoma Territory. John Howard, a son, and Elsie Ward, a daughter, were married in 1909 and except for six years on a nearby farm, made their home in Marlow. John became a grocer for many years. Elsie became quite active in church and civic affairs, and was asked to chair the Heritage Subcommittee of Marlow’s Bicentennial Committee. In that capacity she wrote many newspaper stories of early Marlow and its pioneer families. These are available in this exhibit for your reading enjoyment.”

“CALLAWAY FAMILY AND FUNERAL HOME. Three Callaway brothers came to Marlow, I.T., in the early days. All of Marlow’s pioneers have had an influence on the city and I have tried to show some of these in my display. J.F. Callaway sold his business in Marshfield, MO and opened a furniture store on Jan. 1, 1906, that will be long remembered. After arriving he saw the need of a mortuary service and stocked funeral goods and first attended an embalming class (picture on display) in 1908 in Oklahoma City. You will see pictures of two horse-drawn hearses and a carved wood side to the first motor-driven hearse (1916) in this part of the state. There are several newspaper articles about the transition over the years, including the building built primarily for a funeral home in 1940. I hope you enjoy the Marlow Area Museum and a ‘home-town’ attempt to preserve our heritage. Harry W. Callaway”

As Chamber organizers carry out their mission to save and share Marlow’s colorful stories, exhibits and items telling the tale of Marlow area’s history are continually added. If you haven’t visited in a while, this would be a great time to do some time traveling in the Marlow Area Museum.