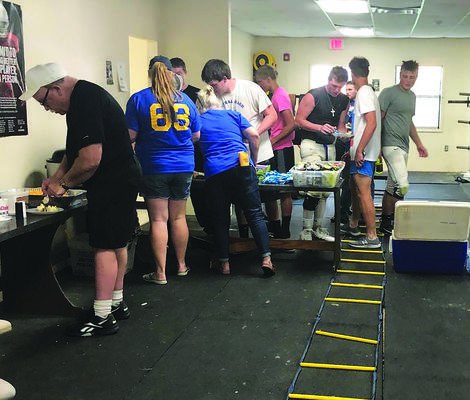 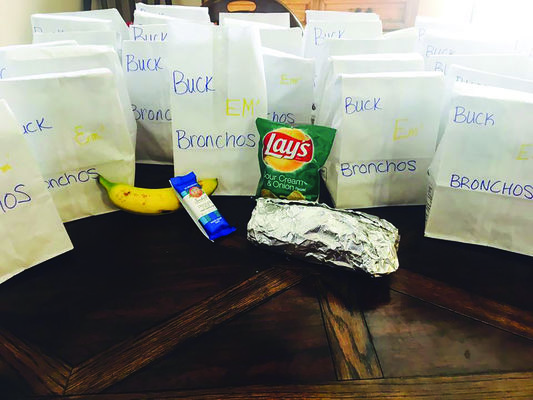 After every game at Central High, the players line up and say “Thanks for coming” to the audience. The fans in the bleachers reply “Thanks for playing.” Three years ago, the Central High Booster Club saw an opportunity to support the football team that went beyond cheering in the stands: serving them dinner before games.

According to Jenny Hargrove, one of the Club’s organizers, some players didn’t always have the opportunity to eat on the way to out-of-town games, or even before home games, other than what could be found at a convenience store. “[We] decided that our football boys needed meals. Real meals…that would give them energy and be healthy.”

Initially the meals were cobbled together from supplies donated by parents in order to make peanut butter and jelly or ham and cheese sandwiches with fruit, cookies, Gatorade, and water. “These boys go to school all day and some have early lunch times,” said Hargrove. “Providing them with a meal or snack helps them to stay focused.”

The Boosters have also served meals provided by area restaurants, including Rib Crib and Chicken Express. Hargrove said that they often try to have enough to serve to visiting teams as well.

“That first year, we won districts,” Hargrove said. “Maybe not because of the food but it couldn’t have hurt.”

Hargrove also emphasizes the importance of the meals to the parents. “It brought the parents together. It’s the family and friends of our players. They stand behind them and are truly the team behind the team.”

The Central High boosters are currently selling t-shirts to fund the season’s meals and have plans for additional fundraisers. They have more plans for funds raised through the year as well. “Our stadium could use some new seat slats,” said Hargrove. “It would be great to get concrete or a hard surface from the parking area to the bleachers. Right now there is a pea gravel path but those with wheelchairs and walkers can struggle to get around.”

Businesses or individuals who would like to donate to the Club can contact Hargrove for more information: 931-494-1864.