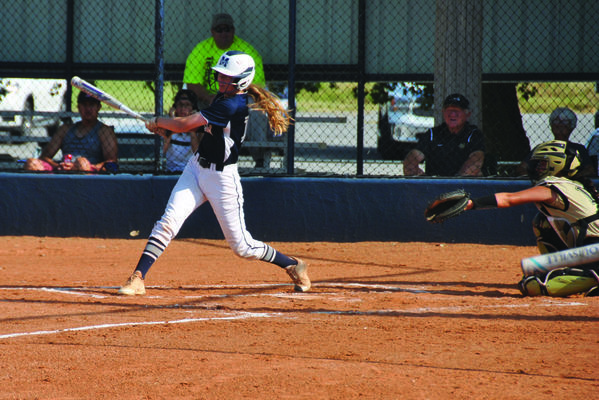 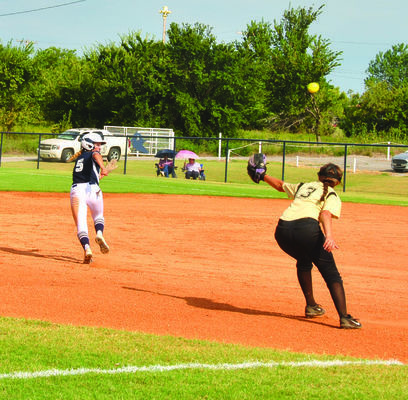 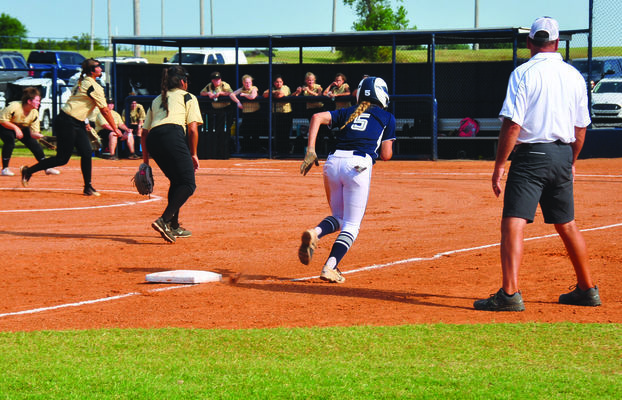 Marlow Softball opened the season strong with an 8-4 win over Lexington on Monday and 5-0 shutout against Marietta on Tuesday.

The Lady Outlaws had an early deficit against the Lady Bulldogs in the first game of the season, after Lexington scored one on a line drive to left in the bottom of the first. The top of the third inning saw Marlow pull ahead by one on a sacrifice grounder by Carlie Payne that brought Anna Melton and Lyvia Bateman in.

Lexington answered in the bottom of the third when a grounder to second allowed two runners to score, bringing the tab to Marlow 2, Lexington 4 at the end of the inning.

Marlow tightened the gap in the fifth when Bateman took advantage of a wild pitch during Payne’s at-bat to take second, and scored on Payne’s single to left.

The Lady Outlaws found their legs in the sixth inning, scoring five runs to take their big lead. An error put Dara Hunt on base and Elaina Kuhlman’s single put Hunt into scoring position, followed by a double by Aurelia Holguin that brought Hunt in to tie the score. Kuhlman, coming in on a right-field fly by Jillian Totten, and Parker Hayes, who scored on Bateman’s grounder to third, brought the score to 6-4. Jori Brittain’s single with two outs allowed Totten and Bateman to come home and end the inning at Marlow 8, Lexington 4.

Jayleigh Totten took the win for Marlow, pitching all seven innings and striking out nine batters.

Tuesday’s game against the Marietta Lady Indians saw another pitching victory for Jayleigh Totten when she threw a no-hitter, chalking up twelve strikeouts and only walking one. She also went 3 for 3 with two RBIs at the plate.

The Lady Outlaws got on the scoreboard early after Melton scored on a passed ball in the first inning. They saw no change in the score until the bottom of the fourth, when Jayleigh Totten singled on a ground ball to left, bringing Brittain in, and WADE’s grounder to short allowed Melton in to make the score 3-0.

Totten’s ground double in the sixth brought Kuhlman home and put Hayes in scoring position, followed by another grounder to short by Wade that gave Hayes room to bring Marlow’s tally to 5.

Marlow plays next against Lindsay (1-0) on Friday at home.