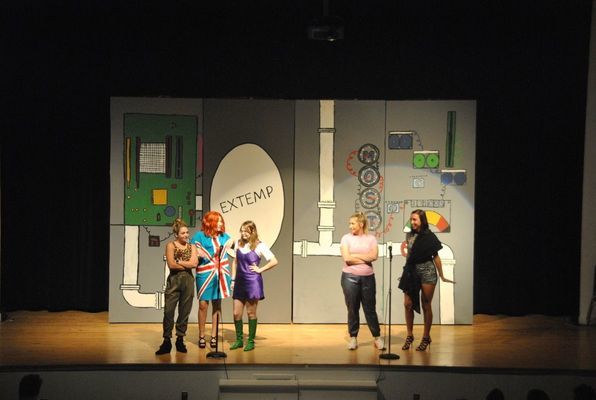 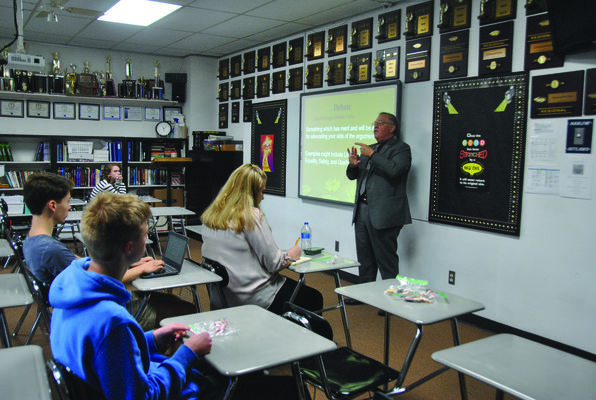 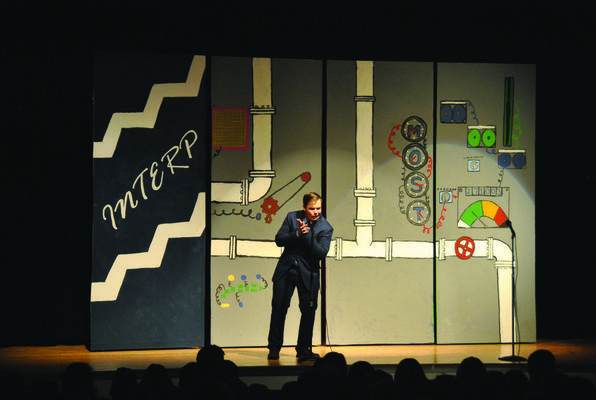 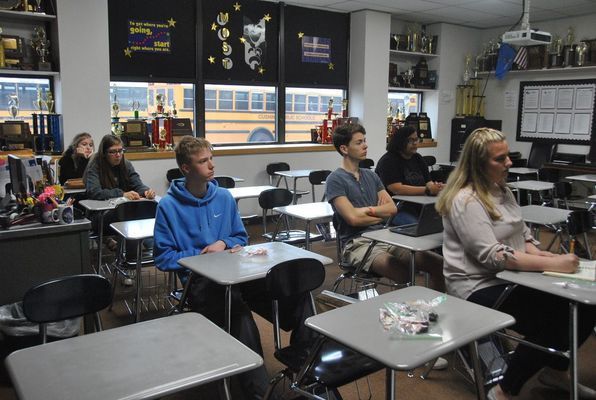 Photo by Elizabeth Pitts-Hibbard
Previous Next

Speech and drama students from 26 schools descended on Marlow High last week to find out what competitive speech is all about from State Champions who know best, continuing the tradition of Demonstration Day that began 35 years ago at Cameron University.

Demonstration Day features performances in competitive speech and drama events that showcase the “best of the best” so that incoming students can understand the rules and see examples of award-winning contributions to competitions. Events such as Original Oratory, Humorous and Dramatic Interpretation, Humorous and Dramatic Duet, Extemporaneous Speaking, Monologue, and Poetry and Prose recitation are demonstrated.

Marlow speech teacher Paula McConnell’s role in the annual event has grown over the years, as has her department’s. What began as co-hosting Demonstration Day with a speech coach from Lawton grew to McConnell utilizing the skills of students from her team to demonstrate speech and drama events for other schools, including emceeing and using costumes, props, and sets. “I was asked who I’d like to work with,” McConnell explained, “and I told Tony [Allison, speech professor at Cameron] that I would rather work with my own team. And thus began a tradition of Marlow taking on the sole emcee slots.”

Last year, Cameron’s coach left for a job in Texas with little time to find a replacement. “To keep the show going, the communications secretary and I worked together,” McConnell said. “It was then that I made the decision to try hosting at Marlow, since my students and I were doing the motherload of the work anyway.”

The event took months of preparation. “I mulled over how to host this big of a show at our wonderful, cozy auditorium,” McConnell said. “It was a combined effort with Advanced Drama and Stagecraft. Advanced Drama wrote and performed the emcee parts. Stagecraft handled the scenery and being ushers/helpers/parkers, et cetera.”

Coaches volunteered students from all over the area who placed well at the State competition last year. “Marlow had quite a few performers, because we placed so much last year. But we also had performers from Lawton Academy, Mangum, Ringling, and Hennessey,” McConnell said.

The performers played to over 600 students and faculty in the audience, who filled up not only the downstairs seating but also the balcony.

“My administrators have been so supportive to try a show of this size,” McConnell said. “With the success of this year, Marlow will plan to host for years to come.”