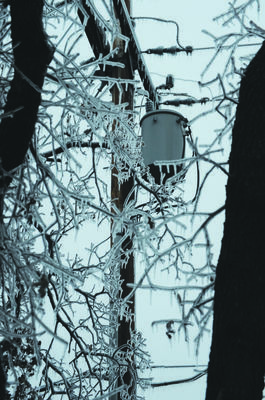 The City of Marlow has a new emergency notification system, and Emergency Manager Jerome McCalvin is enthusiastic about the increased functionality and speed with which residents can hear about issues that affect the City.

It’s called Nixle, and it allows City management to notify residents about anything from water main breaks and utility outages to severe weather events. The notifications are sent out by City department heads, the City Administrator, or emergency dispatch via cell phone rather than scheduling announcements and alerts through a central hub in another state, as the previous Code Red system did.

“With Code Red, we had to send an alert to Florida and schedule it to be sent out,” McCalvin explained in an interview. “Then we were put into a queue and had to wait our turn for it to go out to residents. Especially in a weather emergency, that wait could mean that by the time the alert went out, the weather was already here.”

McCalvin said that the Nixle system would still allow alerts from the National Weather Service, but it also gives the city “total control” over other alerts like water line breaks. “If people are going to come home from work and not have water, we need to let them know immediately.”

It also allows for rapid instructions when residents need to evacuate to the emergency shelter. “Evacuations can happen a lot faster when we can let people know immediately rather than waiting for an out-out-state system to notify people,” McCalvin said.

McCalvin also said that the new system comes at a cost savings to the City, but that there was no reduction in services associated with it.

The previous Code Red system coverage ended September 9, but McCalvin said that there was no gap in service for residents who have land-line phones with a 658 prefix. “Anyone that had a 658- phone number was automatically rolled into the database.”

Residents who do not have a number with a 658 prefix can sign up for the Nixle system easily by sending a text message of 73055 to the number 888777. Those who prefer being notified of emergencies via email may do so by visiting www.nixle.com and setting up an account.

“We want to make it easy for everyone to do this,” McCalvin said. “Don’t know how? Come by City Hall and they’ll help you.”

In the same interview, McCalvin said that he was in the process of updating the storm cellar registration database and the list of residents who require life-saving equipment. “We kept up with everyone who had a storm cellar up until 2010 or so, but we need to update it. So if someone’s put in a storm cellar since 2010, they should please contact the City to let us know.”

McCalvin explained that new technologies allowed for GPS satellite mapping of where storm damage is, overlaid with where storm cellars are and where people may need more urgent assistance due to life-saving measures like oxygen assistance devices and heart monitors.

“If we know where people are who may need extra help, we can assign people to check on them and ensure it’s operating properly in an emergency.”