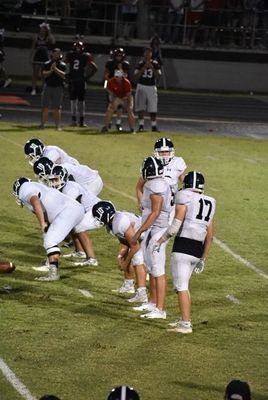 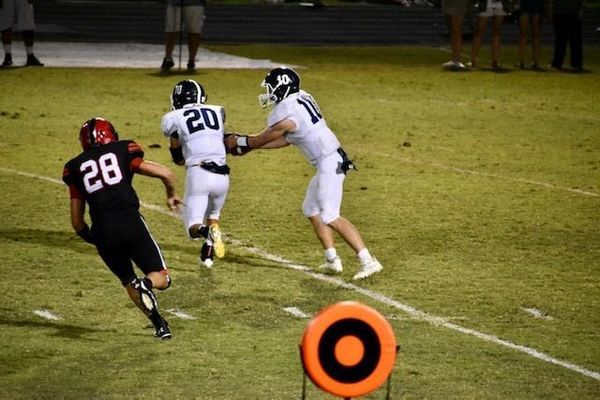 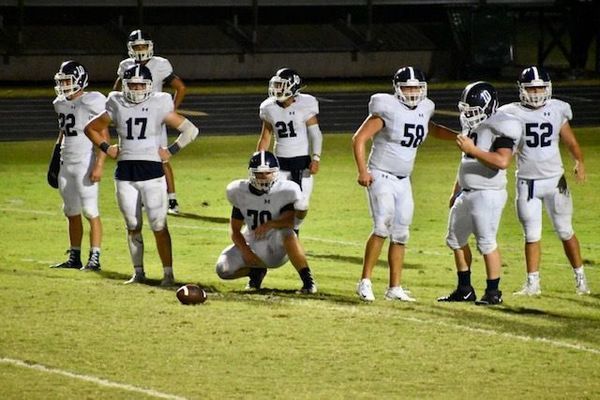 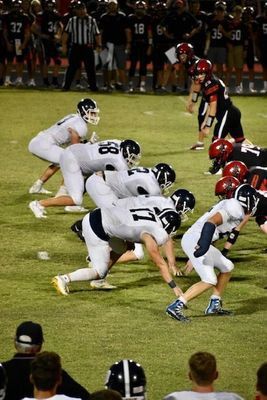 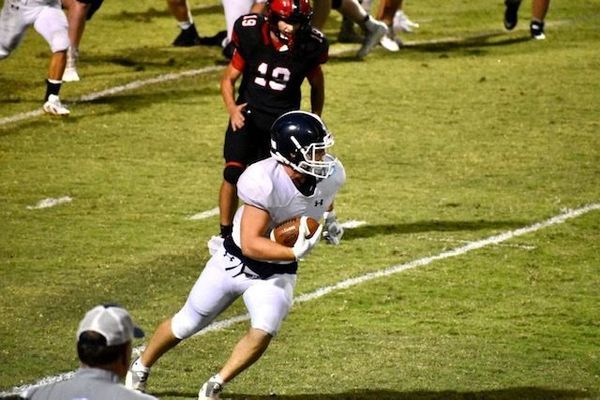 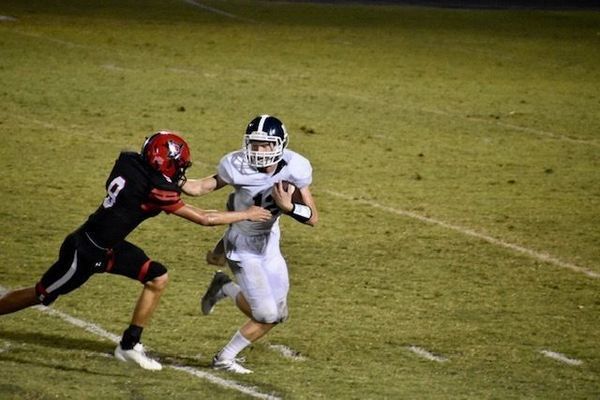 Keeping up the momentum from their 41-2 win over Douglass last week, the Marlow Outlaws took care of business on Friday against the Pauls Valley Panthers, finishing up with a score of 28-7 and ranking third in 3A District 2.

Last week’s plan to play with the lead seemed like more of a challenge when, with 5:37 left in the first quarter, Pauls Valley’s James Cudjo took a 5-yard run into the end zone, followed by a successful point-after kick by Luis Mendez that brought the Panthers ahead, 7-0.

Marlow’s two unsportsmanlike conduct calls in the first quarter didn’t help move the Outlaws forward, with one bringing Tag Allen’s 25-yard kickoff return back to the 10 yard line, and another all but negating a 30-yard gain. Ultimately, the Outlaws would chalk up 13 penalties for 127 yards.

The Outlaws’ offensive line continued their trend of smart blocking, including several by lineman Brock Freeman that gave Allen room to get into first down territory and opened up a space for a 15-yard gain by Peyton Ladon late in the second quarter.

The Outlaws brought a whole new team to the second half after some halftime adjustments in the locker room. The half started with Nate Herchock’s kickoff return that put the Outlaws on the 48 yard line for their third possession of the game. A penalty on Pauls Valley added to their great field position, setting up a 14-yard run into the end zone by Chase Knight. Jace Gilbert’s kick for the extra point tied things up 7-7.

With 4:05 left in the third, a fake handoff convinced the Panthers to let Gilbert take the ball straight up the middle for a 49-yard run to score again.

Knight’s 15-yard run for a TD early in the fourth kept the Outlaws moving forward, followed later by a 5-yarder with less than a minute left in the game. All told, Marlow scored 28 unanswered points in the second half for their second District win of the season.