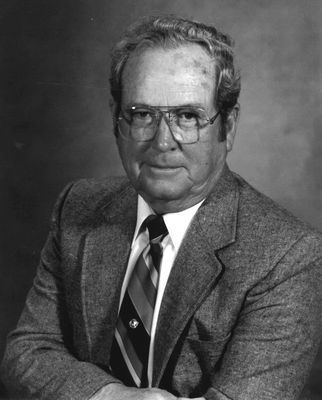 Macel "Brad" Bradford was born on November 28, 1919, in Pottsville, Arkansas to George Irvin and Dora Jane (Adcock) Bradford. He passed away at the age of 99 on Sunday, November 10, 2019, at his home in Marlow with his loving family by his side.

A memorial service at Fort Sill National Cemetery, Elgin, is being planned for a later date. Cremation arrangements have been entrusted to Whitt Funeral Home/Oakcrest Cremation Center of Duncan.

Brad was a 1938 graduate of Pottsville Public Schools. Following graduation, he and his twin brother, Bacel, joined the Army Air Corps, where Brad's knowledge of the Morse Code, electronics and mechanics led to him serving during WWII in the pacific and later led to his direct responsibility for servicing the electronics and quality control of the "Enola Gay" to include the detonation device on the atomic bomb dropped on Hiroshima, Japan in 1945. During the war, in his off-duty time, he entertained service members, playing guitar in USO swing bands. After the war he served in Oslo, Norway as an Air Attaché. He retired from the Air Force at Tinker Air Force Base, Oklahoma in 1959 with 20 years of service. He continued his long and distinguished government service as a civil servant in the FAA located in Anchorage, Alaska. He returned to Tinker in 1964 and continued his electronics career as an advanced training instructor and troubleshooter for aircraft systems, such as stall warning, communication, navigational and weather landing systems for the C-141A and C-5A aircraft, retiring in 1973. Brad continued service in his local communities of Marlow and Duncan by serving in the George W. Armstrong VFW Post #4888 and was a past commander. He worked tirelessly as a 32° Worshipful Master Mason and the Scottish Rite. Brad loved music and played guitar, violin and piano. He also enjoyed square dancing, bowling, gardening and growing fruit trees.

He was preceded in death by his wives, Frieda Bradford (1964) and Darlene Bradford (2014); brothers: Bacel, Doyle, Norman, Denver; and sisters: Betty, Jane, Dorothy.

Memorial contributions can be made to the Chisholm Trail Hospice, 2000 West Elk, Duncan, OK 73533.