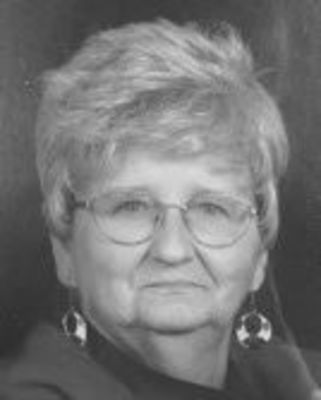 Lottie Mae McBride, 78, of Ulysses, Kansas passed away peacefully Thursday morning on December 12, 2019 at St. Catherine Hospital in Garden City, Kansas. Funeral services will be held on Thursday, December 19, 2019 at 2:00 PM at Don Grantham Funeral Home Chapel with Pastor Tobey Walker and assisted Brother Walter Haynie by officiating. Interment will follow at Duncan Cemetery under the direction of Don Grantham Funeral Home. The family will receive friends at the funeral home from 5:00 PM to 7:00 PM Wednesday.

Lottie Mae McBride was born on March 1, 1941 in Terral, Oklahoma to Earl and Lottie Mae Stoneman. Lottie’s mother passed away shortly after Lottie’s birth. Being a newborn and having to raise five other children her father had Lottie was raised by her maternal grandparents Robert Cayewood and Grandma Cayewood and her father would raise her older siblings. Her grandparents would continue to be a great beacon in her life. Lottie would go on to marry Newton James McBride on August 26, 1972 in Planview, Texas she would finish getting her GED and get her LVN nursing licenses in 1973 and went on to work in hospitals and nursing homes for the next 30 years. Lottie enjoyed crocheting afghans and making baby blankets.

Condolences may be left for the family at www.granthamfuneralhomes.com