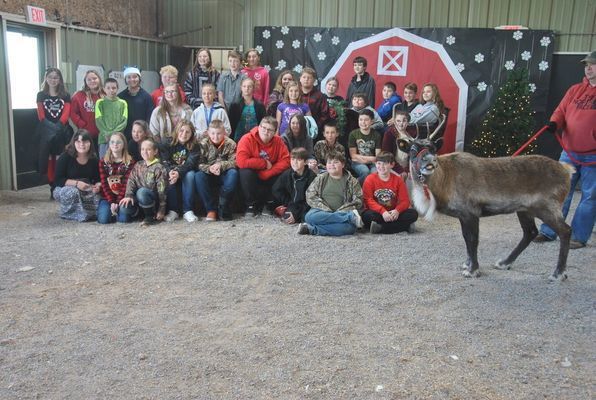 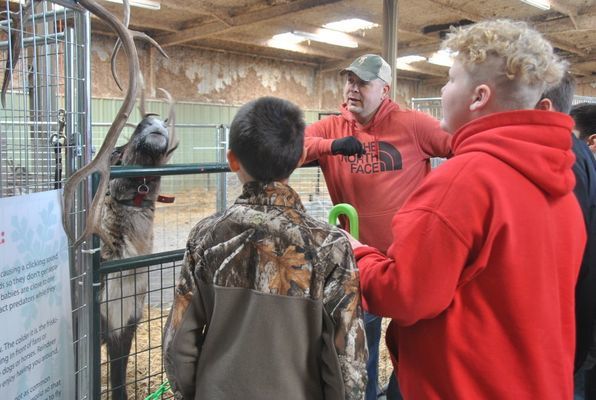 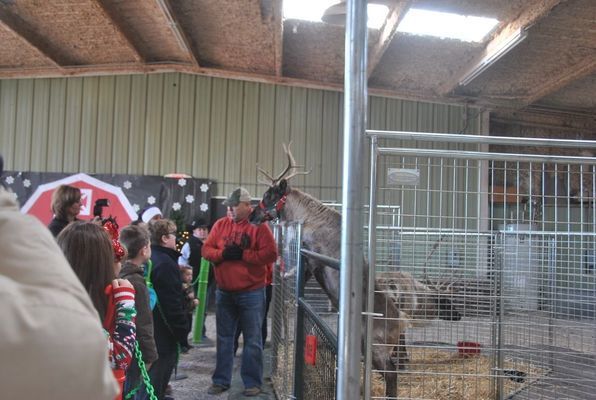 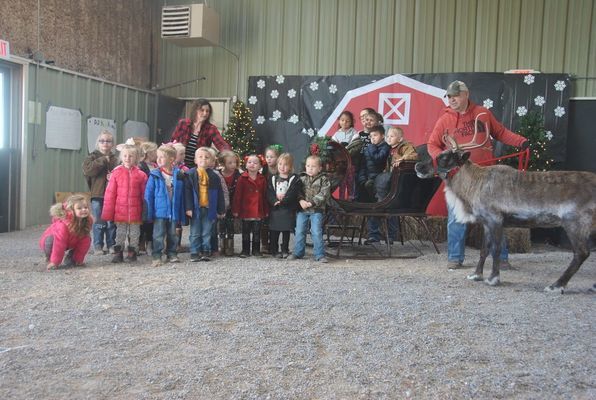 Photo by Elizabeth Pitts-Hibbard
Previous Next

Students at Bray-Doyle schools were treated to a unique experience on Tuesday when the school was visited by two reindeer, accompanied by their “elf” caretakers from The Reindeer Club in Bristow.

The reindeer are named Rose and Yukon, and their visit is the result of collaboration between Bray-Doyle high school math teacher Kyle Holman, elementary school principal Kelli Heinrich, and Superintendent David Eads. Holman said that he first read about the farm in the Oklahoman newspaper. “I couldn’t believe there were reindeer living in Oklahoma,” Holman said. “My next thought was, ‘I want to see one!’”

Holman then approached Heinrich and Eads to see if a visit to Bray-Doyle schools was a possibility, and whether or not it could be worked into the Ledbetters’ schedule.

This is the first time the reindeer have visited a Stephens County school, but it’s the fifth holiday season that the Reindeer Club has been in operation. It all started six years ago when Reindeer Club owner Nick Ledbetter took his three children to see the Polar Express train in Bristow. “My oldest, Parker, who was eight, said, ‘How come we see Santa and Mrs. Claus and elves, but we never see any real reindeer?’” Ledbetter explained. “That made me think, and you know, I started to look into it.”

He mentioned the idea to his mother, Susan. “I told him that reindeer weren’t real,” she said. “I thought they were just made-up animals in the story.” That all changed when Nick announced that they were going to a reindeer convention in Indiana to learn how they could raise reindeer in Oklahoma.

The farm now has five reindeer and the owners are eagerly anticipating the arrival of a sixth; Rose is expecting a calf in May.

The five reindeer rotate duties during the busy Christmas season; Nick said that they brought Rose because she is docile and friendly, and they chose Yukon because he had recently shed an antler and his lopsided look is a way to get students interested in learning about the animals. “I’ve never had a male who had both antlers left by the time Christmas rolled around,” Nick said. “Our oldest, Hiser, shed both of his in September.”

The Ledbetters focus on teaching as well as entertaining. Learning points range from the difference between antlers and horns - and how the reindeer shed antlers and regrow them yearly (“Like fingernails,” Nick explained) - to the reason why when the reindeer walk, a clicking sound is often heard (a tendon moves back and forth over a bone in their foot).

Nick explained that despite the reindeers’ reputation for being cold-weather animals, they didn’t have a problem with the overall climate in Oklahoma. “They look very different in summer; their coats aren’t as heavy and they adapt well to our weather.

“The problem around here is the ticks,” he explained. “There are a lot of tick-borne illnesses that are fatal for them, so we have to be careful.”

After learning about the reindeer, students had the opportunity to have a class photo taken with Rose. Each class gathered around a sleigh and hay bales while Nick Ledbetter encouraged Rose to pose with the kids by tempting her with her favorite treat: animal crackers.

The most common question asked by the students, of course, was whether or not they could pet Rose and Yukon.

“No, you’d better not,” Nick told them. “You’ll wipe the magic off and they’ll fly crooked.”

By the looks on the students’ faces, it was obvious that they all believed in the magic, even if only for the duration of the visit with animals they may have always thought were make-believe.