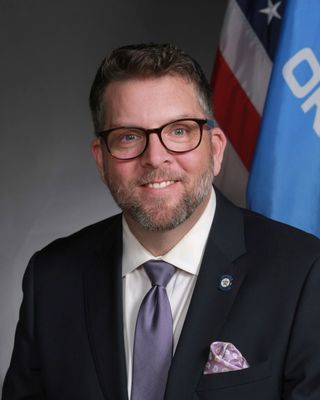 "Surprise bills commonly occur when a patient receives care from an out-of-network physician in an in-network hospital," McEntire said.

Negotiations about surprise billing between the Legislature, the Oklahoma Insurance Department, health care providers, and health insurers occurred in earnest last session, but neither consensus nor a compromise could be reached before the session ended.

“After the last session, we were discouraged about the pace of the surprise billing negotiations,” McEntire said. “However, we are extremely pleased with the pace of negotiations over the interim. We are happy to announce an agreement with health providers and insurance companies to hold enrollees harmless to surprise bills and prohibit the practice of surprise billing. Both the insurance companies and health providers emphatically stated in our meeting that patients should be held harmless.”

Townley said, “It was wonderful to see health insurance companies and health care providers come to the table in a positive environment and work on the legislation for surprise billing in Oklahoma. Our goal from day one was to take care of our Oklahoma consumers! I am so proud of the efforts that have been made in regard to surprise billing.”

Sneed added. “We are excited to be moving forward for Oklahomans with surprise medical billing this session. The majority of parties involved have been to the table numerous times during the interim to work on the issue.”

McEntire said, “We intend to run a bill prohibiting surprise billing during the early part of the upcoming session, but there is still hard work and tough decisions ahead. The difficult challenge is to find an agreed-to method for insurance companies to compensate out-of-network providers. We have encouraged health care providers and insurance companies to negotiate a fair system of compensation or a mediation process and bring it to us. We want to see a payment system on which both sides can agree and a system that does not cause insurance premiums or the cost of health care to rise more than it already is.”