Central High Graduation Scheduled for May 15 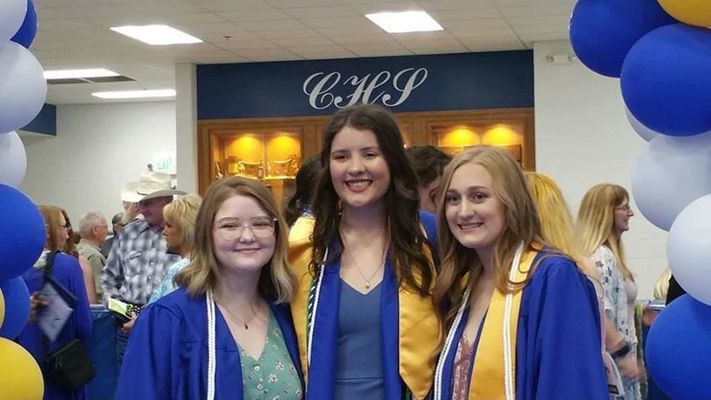 Graduation for the Class of 2020 will be different at Central High than in previous years, but the administration is working to make it as “unique and special” as this semester has been for Seniors.

Not much about this final spring semester has gone as planned for the Class of 2020, but Central High school administrators are planning a graduation ceremony for the Seniors that follows tradition as closely as they believe is possible.

“It’s not going to be the same,” said Wendy DeIorio, Central High school principal. “But we do want to honor them and have a ceremony that they can be proud of.”

The ceremony will start at 7pm on May 15, and students will line up outside the gym in groups of five. As each group enters the gym, they are allowed to have up to ten guests each accompany them. Guests will have assigned seating in the gym, and only the graduates will be allowed on the gym floor.

DeIorio said that the Valedictorian and Salutatorian have pre-recorded their commencement addresses and they will be played at the beginning of the ceremony.

In previous years, members of the Central High school board were present at graduation, but this year only DeIorio and Superintendent Benny Newton will be on-hand to present diplomas. DeIorio said that the ceremony would be “contactless” - no handshakes, hugs, or fist-bumps.

The tradition of seniors giving roses to guests who have inspired and mentored them will continue, but be altered for safety. “We would normally give each senior two roses to give out and they could purchase extras, but this year we are giving them four and they can give them out at the end, just before they turn their tassels and become official graduates.”

“We understand that this is not our traditional graduation,” DeIorio said. “But the Class of 2020 has felt they are special and unique as a group, so why shouldn’t graduation night be anything less than one-of-a-kind unique and special?

“We appreciate everyone’s understanding during this unique time.”

For those who are unable to attend due to travel restrictions or attendance limits, the graduation ceremony will be available to view online.