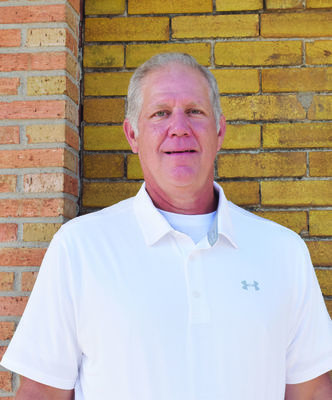 Kevin Dyes wasn’t planning on being a teacher; he originally studied for a career in agriculture. While working with an outreach program on a ranch in Texas, his boss told him that his true calling was to be an educator.

That changed the direction of Dyes’s career and led him initially to be an Ag teacher and eventually an administrator in several schools throughout Texas, ranging in size from 100 students to 2800 students.

Dyes and his wife – also an educator – retired from teaching in Texas and didn’t want to stop working, so they explored opportunities in neighboring states. After a lengthy interview process, July 1 was his first official day as the Superintendent of Central High Public Schools, taking the helm from Benny Newton, who retired this year.

Dyes said that he has always had a soft spot for small schools. He graduated from a small high school and said that he felt it offered a unique opportunity for success.

“If you were a kid who said ‘yes’ to activities and new experiences, you could do all of it,” he said. “It offered a lot of preparation to be successful. I got into plays, speech, academics, all of it.”

He said developing “the culture of a good school” is one of his goals as a Superintendent, and that offering a variety of opportunities is part of preparing students for additional education.

That goal of student support carries to faculty support as well.

“The number one thing public school administrators can do for a good school is recruit and retain good teachers. But you also have to support them and make sure they continue to train and they’re up to date in advancement and technology,” Dyes said.

Dyes also said that he prioritizes making a school culture that inspires students to achieve their goals and reach beyond what they believe is available to them, including attending college or joining the workforce as a choice and not students’ only option.

Dyes faces more than one challenge going forward at Central High, including learning about school funding and finance in Oklahoma, as well as developing a plan to re-open schools this fall.

He said that a plan to return to schools involves weighing the health costs of the community against the cost of having children who fall behind because they’re not in a school environment, particularly in the early elementary grades.

“We can’t afford to have them miss instruction,” he said. “We risk losing so much ground, and we’ve got to have them reading by third grade. After that, they can maybe do better in a distance learning situation but the early grades are the foundation for everything.”

Dyes said that what happens in the district will be a shared decision among the school staff, the school board, and the community. He looks forward to building relationships so that people will have trust in his work.

“They hired me to do a job, and they’re trusting me with their kids and their money. Those are two very important things,” he said. “If we build relationships with good lines of communication and the time and work it takes, we’ll build trust. We’ll build consensus.”