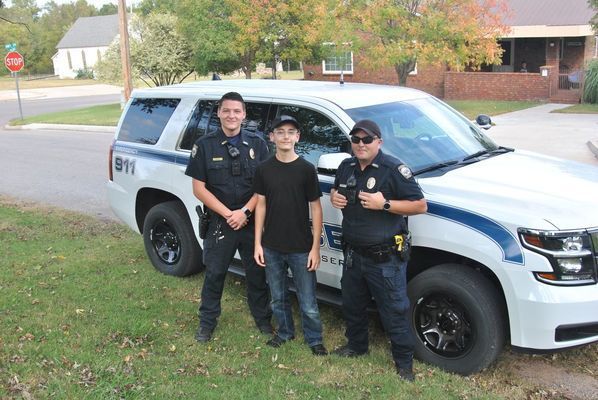 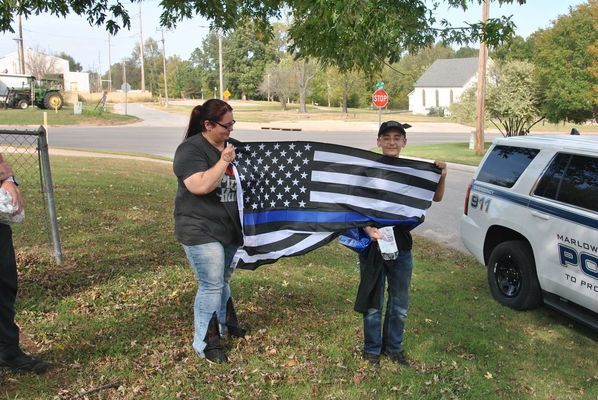 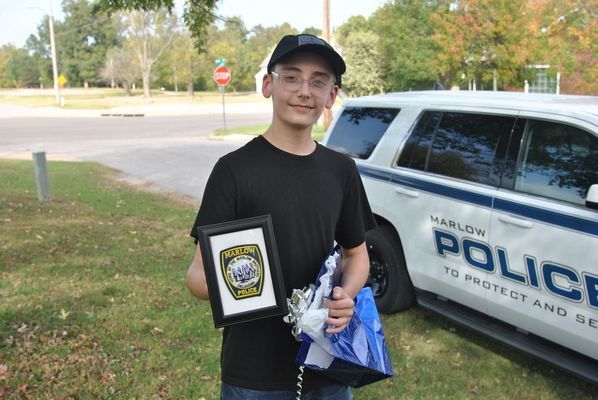 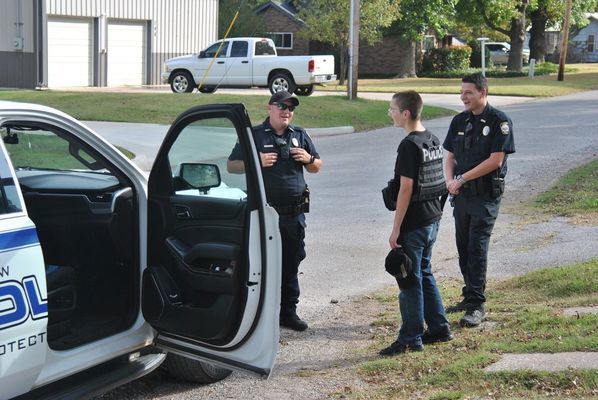 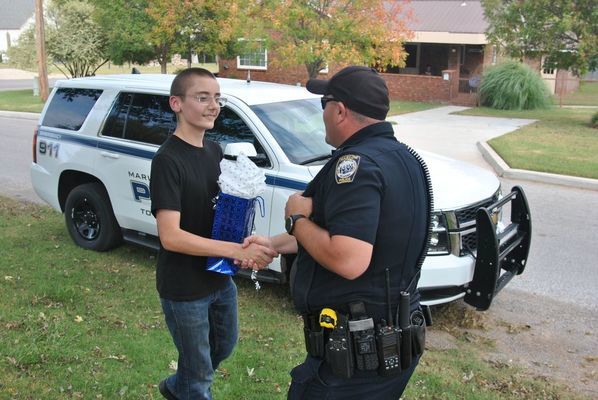 When Marlow eighth grader Morgan Brendlinger showed up to his shift at the school cafeteria earlier this month, he took care to put his favorite “Back the Blue” ballcap underneath his backpack so it wouldn’t blow away. The cap was special to him, not only because he bought it with his own money that he saved from working in the cafeteria, but because he wants to show his support for law enforcement.

Despite his effort to put the cap in a safe place, when he went back for it, it wasn’t under his backpack any more.

“I felt so bad for him, so I posted on Facebook just to see if anyone had found it,” said Morgan’s mom, Sonia Lane. “Just like, ‘Has your kid come home with a hat that’s not theirs? We just want it back.’”

The post was spotted by Marlow Police Officer Tim Fitzpatrick, who reached out while he was on vacation.

“I thought it was great that this kid was supporting law enforcement like that, and he’d bought it himself,” Officer Fitzpatrick said. “We are lucky in this area to have community support but right now, it’s not common for a kid to make it important. I couldn’t help but want to make a positive impression.”

Fitzpatrick offered to replace the ballcap as a surprise for Morgan. His mom agreed to keep it a secret until the officer was back from vacation.

In the meantime, Fitzpatrick asked Marlow Police Chief Leroy Walker for permission to frame an MPD patch for Morgan, which inspired other members of the department to contribute to the gift.

That’s why on Tuesday afternoon – two days after Morgan Brendlinger’s fourteenth birthday – Officers Tim Fitzpatrick and Jace Gilley from the Marlow Police Department pulled up with a bag full of gifts for one of their most dedicated supporters.

Included was a thank-you note signed by the entire Police Department with messages including “Thank you for your support!” and “We’ve got your six.”

Morgan was treated to a tour of the two police vehicles where he got to test the lights and sirens and try on a tactical vest.

The visit ended with thanks and handshakes all around.

“If you ever need us, just holler,” Fitzpatrick said.