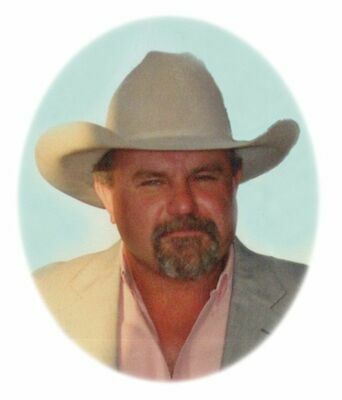 Steven Eugene Nunley of Marlow, passed away Monday, December 28, 2020 in Oklahoma City. He was 55.

A Graveside Service will be held at 2:00 PM, Monday, January 4, 2021, at the Marlow Cemetery, with Mark Young officiating. Services and all arrangements have been entrusted to Callaway-Smith-Cobb Funeral and Cremation Services in Marlow.

Steve was born Saturday, June 26, 1965 in Marlow, to Bill and Shirley (Shultz) Nunley. He has lived in the Central High and Marlow area all of his life and graduated from Central High School. He was very active in high school and was selected to be a member of the All-State 8 man football team. Steve furthered his education by attending Cameron University and Oklahoma State University. Steve has always worked as a farmer and rancher and has been heavily involved with that profession all of his life. In high school, he served as President over Central FFA, was a State Star Farmer and went to State with FFA earning his State Star Farmer Certification. Steve was also President of the Stephens County Livestock Growers Association, was Vice President of the State FSA Board, and served as National President of Farm Bureau YFR. Steve enjoyed working on the farm, coaching his sons little league teams, and most of all, spending time with his family.

He was preceded in death by his sister Angela Nunley, and grandparents, Gene and Mozell Nunley, and Edward Shultz and Franses Kirkpatrick.