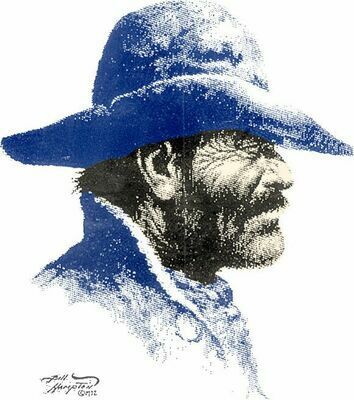 At Monday’s meeting of the Marlow Public Schools Board of Directors, Superintendent George Coffman announced that beginning immediately, ticket availability at sporting events would be limited in order to comply with Governor Kevin Stitt’s Executive Order for venue capacity.

Coffman said that the ticket limitations would apply to home games but will vary for away games. “I can’t control the other schools, I can only control what we do,” Coffman said.

“We’re going to do everything we can to get people in there to home games, but I can’t have 800 on our side and we only send 100 tickets to [visiting teams].”

Coffman explained how the ticket system would work for athletic events at home.

“We’ll have vouchers that will be sent out,” Coffman said. “I’ll say Comanche for example. We play Comanche [at home], they’ll get a voucher. They’ll bring the voucher to the game, turn it in, and that’s when you buy your ticket.

“That voucher will go down to Comanche schools and Comanche will decide how they want to distribute it. This is just how many they’re getting. You have to have a voucher to get in the door.”

Coffman said that masks would still be required at home games.

In a later interview, Coffman said that the ticket limits for the Stephens County Tournament, which begins January 18 and is hosted at Marlow, will be similar. However, changes will be made to accommodate the number of teams participating and each school’s fans.

Coffman explained the process using Velma-Alma school as an example.

“Say on Thursday, the Velma girls and the Velma boys both play. If you’ve got a voucher for the girls’ game, you turn that in and buy your ticket. When you leave, you get a stamp on your hand that shows you’ve paid for the day. If you come back for the boys’ game, you will need to have another voucher, but you won’t have to pay again.”

Coffman also said that between games, all fans will be required to exit the gym so that the facility can be sanitized including the locker rooms, public restrooms, stands, and player benches. A longer break between games will be scheduled so that cleaning and sanitizing may be completed.

“Our whole goal is to keep the kids safe and healthy,” Coffman said. “We don’t want this tournament to be the reason an athlete can’t play in a district game.

“We appreciate everyone’s help making this a safe and successful tournament. Everything we do is to make sure that the kids get to stay in school and keep playing.”

Coffman said that school administrators were in the process of completing a survey for the Oklahoma State Department of Health that would address vaccination needs for Marlow Public School employees.

Coffman said that no firm plan was in place for vaccinating school employees but the survey would assist the Health Department in planning.

“We’re going to have those spikes,” Coffman said. “We just got through the Thanksgiving spike, now the Christmas spike, soon the New Year’s spike. There’s a lot of those things we’ve got to get to.

“We’re going to have to have something moving so we can continue to have school. Something’s got to happen, because the fear is we don’t want to have another school year like this one. If we don’t get to 75% immunity we’re just going to keep moving it around.”