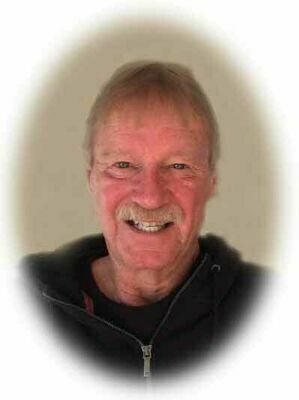 daughter, Lacy, and his parents along with numerous other family members and friends.

A celebration of his life will be held at 2:00 PM, Friday, April 16, 2021, at Callaway-Smith-Cobb Funeral Home, with Rev. Lynn Parkhurst officiating.

Burial will be in the Marlow Cemetery under the direction of Callaway-Smith-Cobb Funeral and Cremation Services in Marlow.

Mickey was born October 16, 1950, in Marlow, to Harvey H. "Buster" Jones and Ruby (Wynns) Jones. He was schooled all over the United States, and he graduated from Marlow High School in 1969. Though he traveled extensively as a child and later as an adult, he always considered Marlow to be his ‘home base.”

To say that Mickey had a good life would be an understatement. He lived life to the fullest by working hard, playing hard, and loving hard. He was in construction management and worked in many exciting places all over the world including Malaysia, Iraq, Israel, Egypt, and Thailand. From those experiences, he had lots of funny stories to tell!

He would sit for hours with his family and his friends to reminisce and tell stories about what he did that others could only ever dream about. To those who knew him closely, he was a passionate man, driven by his values, fought hard for what he believed in, and at the same time, had a great sense of humor.

Mickey was a member of the Masonic Lodge for more than 42 years, he was Shriner, and a 32nd Degree Mason. He loved the Masons and had the privilege of sitting with his dad in the lodge, something that very few members ever get to experience.

Mickey was preceded in death by his beautiful daughter, Lacy D’Ann Holderread, his wife Connie Travis, his parents, Buster and Ruby Jones; and his grandparents, C.C. and Demple Wynns, and Millard and Iva Jones.

and her husband, Dr. John Wiles of Duncan, two nephews, Ricky Strain II, of Oklahoma, and Heath Warrington of Phoenix, Arizona. He is also survived by his aunt, Pat Hill of

Hollywood, Maryland and his uncle, Jonarch Jones of Duncan, and many loving cousins and friends.

In lieu of flowers, donations can be made to Masonic Charity Foundation of Oklahoma online at www.mcfok.org/donation.