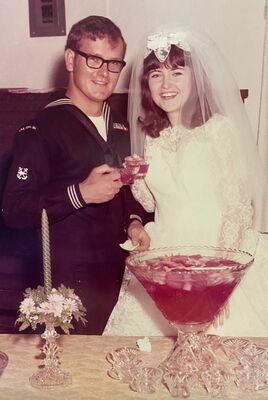 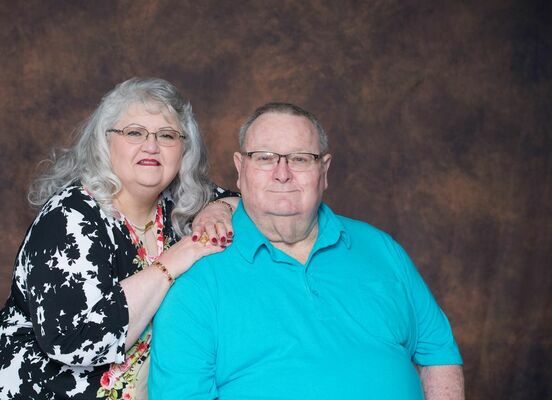 Charles “Charlie” and Janice (Dunagan) Cook were married May 22, 1971 near Lawton and will celebrate their 50th wedding anniversary at a reception on Saturday, May 29 from 2pm to 4pm at Bethel United Methodist Church.

The couple lived in Duncan for nine years after Charlie was discharged from the Navy and later made their home at the Dunagan home place east of Lawton.

Charlie served in the Navy from 1968 – 1971 and afterward worked for Halliburton as a spray painter for nearly 15 years. In 1986, he joined Northrup and worked on post at Ft. Sill.

The couple enjoys attending Bethel United Methodist Church, where Janice was song leader for 42 years. Charlie enjoyed fishing, hunting, and farming until he was diagnosed with dementia in 2012. The Cooks enjoy being together and spending time with their family, especially their granddaughters.

The reception will be hosted by their children, Ericka and Bud Carmon and Evan and Dave Cook, along with grandchildren Morgayne and Madalyn Carmon.

Bethel United Methodist Church is located at 19503 SE Lee Blvd in Lawton. The couple requests that guests do not bring gifts, but cards and notes are welcome.