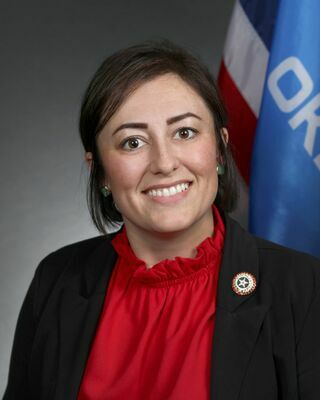 As we begin to wrap up interim studies this fall, the special legislative session to finalize the state’s redistricting process is quickly approaching. Governor Stitt called the special session to begin on Nov. 15, and it’s expected we will convene as a legislative body throughout that week.
Many of you may be wondering what a “special session” is. This is a legislative session that is most often called outside of our normal gathering time of February through May, set by our state’s constitution, to address an issue that cannot wait until the next scheduled session. While special sessions can also occur concurrently with a regular session, they most often take place during the interim to deal with issues that cannot wait. A special session can only be called by the governor or by a two-thirds majority of the Legislature. To put that in perspective, 32 Senate members and 67 House members must be willing to call a special session if the governor does not and such a meeting is needed.
Special sessions are also very limited in scope. While any type of legislation may be brought up during a normal session, this is not the case in a special session. The reason we are meeting must be very clearly defined, and only the subjects listed on the call may be brought up. For example, we will convene on Nov. 15 to address the following: to redistrict Oklahoma’s congressional district; to update and redistrict, as necessary, Oklahoma state legislative districts; and to amend statutory candidacy and redistricting deadlines, including amending residency and candidacy deadlines, as necessary by the Census Bureau’s failure to meet the production deadline of census data.
To refresh your memory, redistricting is the process of redrawing legislative district boundaries for all 101 House and 48 Senate seats across the state. This is done every 10 years to ensure each district, and in turn, Senate or House member, has approximately the same number of constituents, resulting in equal representation. Population numbers were collected from the United States Census, which was conducted last year.
Due to Census Bureau delays caused by the COVID-19 pandemic, states across the nation were not issued finalized census information by the original deadline of April 1. In fact, we didn’t receive our final numbers until August – a few months after we adjourned the First Session of the 58th Legislature in May, which is required by our state’s constitution. We used American Community Survey (ACS) data provided by the Census Bureau as an estimate of what our final population numbers would look like to redraw Oklahoma’s House and Senate districts, but we could not use that data to redraw our state’s five congressional districts since those districts have to be completed based on final information from the Census Bureau.
Since we received the completed census numbers this summer, state staff have been working diligently to complete the process of drawing fair and accurate congressional maps. This year’s redistricting process has been the most transparent and open in our state’s history, with robust involvement from the public. Oklahoma citizens were even encouraged to draw their own maps based on the data and submit those for consideration. Overall, we had 21 public town hall meetings held in all four corners of the state to discuss the process as well as 10 public map submissions for congressional redistricting and 9 submissions for legislative redistricting.
When we reconvene in November, we will be presented with the finalized congressional maps for both chambers to approve. Because there were some differences between the data we received from the ACS and finalized census data, some House and Senate seats will also have to be modified from the versions we passed earlier this year.
Thank you again for the privilege of serving as your voice in the Oklahoma Senate. If you have any questions regarding the upcoming special session or redistricting process, please let me know. If I can be of assistance, please write to Senator Jessica Garvin, State Capitol, 2300 N. Lincoln Blvd. Room 237, Oklahoma City, OK, 73105, email me at Jessica.Garvin@oksenate.gov or call (405) 521-5522.