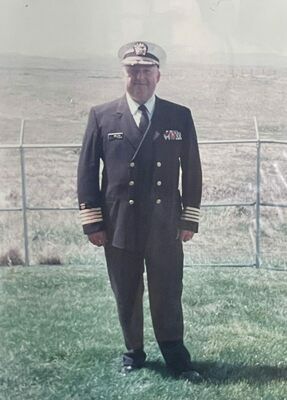 Lewis was born August 4, 1944 in Duncan, Oklahoma, the son of Raymond and Viola (Duke) Beck. He was raised in that area where his father was head of the Lake Department. From an early age, Lewis loved everything about the outdoors. He would begin hunting and fishing at the age of 3. By age 4, his parents seldom knew his whereabouts. They simply knew he was hunting and fishing! Lewis remained an avid outdoorsman throughout his childhood. He graduated from Marlow High School in 1962.

Following high school, Lewis attended the University of Oklahoma and Cameron Junior College. He would eventually transfer to Oklahoma State University in Stillwater where he earned his bachelor’s degree in Zoology. It was there he met Judith Maupin on a blind date. The couple eloped and married at Hope Church on July 15, 1966. Lewis eventually earned his master’s degree in Environmental Health from the University of Oklahoma.

The early years of their marriage were spent in Marlow, Oklahoma. Lewis was employed by his father there with the Lake Department. He served honorably in the U.S. Army during the Vietnam Conflict. Lewis would soon move into the officer ranks as a Lieutenant Commander with the U.S. Public Health Service. His young family relocated 21 times throughout his career as an Environmental Health Officer. They experienced numerous cultures and met many interesting people during that time. Lewis retired from the military in 1996.

A true outdoorsman, Lewis was a member of Ducks Unlimited, the National Rifle Association, and the National Wild Turkey Federation.

Lewis was a very spiritual person. He began teaching Sunday School while stationed in Anchorage, Alaska. He and Judith continued to do so in several different churches throughout his military career. He was a wonderful father and grandfather, often sharing his love of the outdoors with his children and grandchildren. You were clearly not afraid of snakes if you were raised by Lewis Beck! He will be forever remembered by a host of friends and family who loved him.

Lewis was preceded in death by his parents and his younger brother, Win Beck.