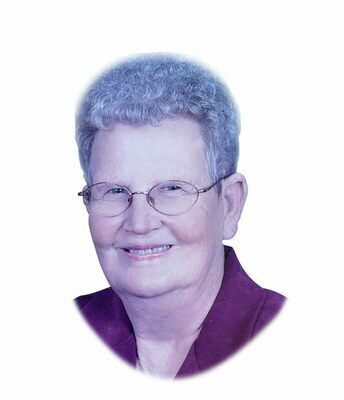 A memorial service will be held at 10 AM, Wednesday, July 20, 2022, at the First Baptist Church's chapel in Marlow. All arrangements have been entrusted to Callaway-Smith-Cobb Funeral and Cremation Services in Marlow.

JoAnn was born Thursday, August 13, 1936 in Marlow, to William Henry and Lena (Holt) Davis. She was a 1955 graduate of Bray High School. JoAnn lived in the Marlow area all of her life and spent her time working as a cook and a homemaker. She married the love of her life, Duane Frank Brosh, December 4, 1957, in Duncan. JoAnn and Duane celebrated more than 64 years of marriage together at the time of her passing. She enjoyed cooking, gardening, watching sports, especially college football, and Major League Baseball. JoAnn was a God fearing woman and served as a prayer warrior to everyone. She was a member of the Faith Class at the First Baptist Church in Marlow. Her family was always her joy in life and she always cherished any time she spent with them. JoAnn will be deeply missed by all.

In addition to her loving husband, JoAnn is survived by her 2 sons; Shaylen and wife Pam of Marlow and Lyndol Brosh and wife Nita of Ardmore; 3 grandchildren, Stephen Brosh of Duncan, Matthew Brosh of Oklahoma City, and Lyndsi Lockwood and husband Justin of Edmond; 5 great grandchildren, Bostyn, Isaac, Beckett, Addy, and Rowan; and sister, Lois Ensminger of Marlow; and several nephews and nieces.

Bronchos Even for Season after Loss to Ryan

Column: From the Desk of Sen. Jessica Garvin