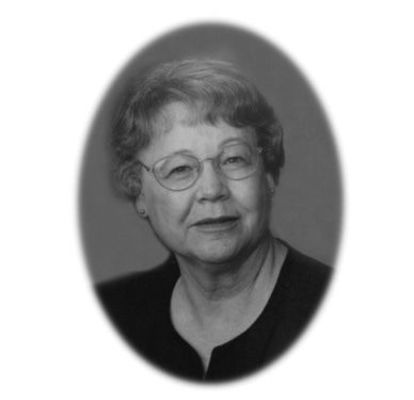 Martha Ann Vanderslice passed away Wednesday, December 11, 2019 in Marlow, at the age of 86.

Funeral Services will be held at 2:00 PM, Saturday, December 14, 2019, at the Eastside Baptist Church, with Rev.Toby Walker officiating. Burial will follow in the Marlow Cemetery under the direction of Callaway-Smith-Cobb Funeral and Cremation Services in Marlow.

Ann was born Friday, March 24, 1933 in Altus, to Robert Glen and Mildred Marie (Morris) Bell. She graduated from Warren Public Schools and later went on to earn an Associates degree at the Oklahoma College for Women in business. Ann married the love of her life, Carson Vanderslice on March 24, 1951; they were married for 68 wonderful years before her passing. In 1961, they moved to Marlow where later she started working for the Marlow Public School as the financial secretary for more than 20 years. Ann enjoyed teaching Sunday school, where she taught at the Fifth Street Baptist Church until moving her membership to Eastside Baptist Church and begun teaching Sunday school there as well. She enjoyed painting, sewing, and gardening. But Ann's most prized memories and accomplishments came from raising and taking care of her children and grandchildren that she loved and adored.

Ann was preceded in death by her parents, a brother, Robert Earl Bell, and 2 sisters, Sharon Pool, Glenna Nathe.

Pallbearers will be: her grandsons and other family.

Memorial Contributions can be made to the Eastside Baptist Church's Kitchen Fund in Ann's Honor.