Suspect Extradited for 2016 Murder; No Bond Set Due to "Flight Risk" 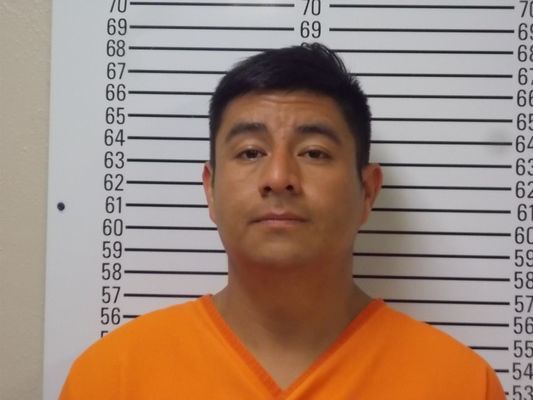 Stephens County Sheriff Wayne McKinney announced at a press conference on Thursday that Baltazar Sanchez-Garcia, the main suspect in a murder that occurred in November of 2016, had been extradited from Mexico and is now in custody at the Stephens County jail. Sanchez-Garcia is charged with Larceny of Automobile and Murder in the First Degree – Deliberate Intent.

Undersheriff Bobby Bowen testified at a bond hearing on Friday that Sanchez-Garcia allegedly fled to Mexico to avoid prosecution for the murder of Linda Salazar in early November of 2016.

Salazar was reported missing on November 6, 2016. Her body was found by law enforcement in a shed near Sanchez-Garcia’s residence on November 7, 2016. “Sheriff investigators developed Baltazar as the suspect in Linda’s murder,” Sheriff McKinney said in his statement.

The Stephens County District Attorney’s office filed charges against Sanchez-Garcia for Larceny of Automobile on November 10, 2016. In the warrant affidavit, Undersheriff Bowen stated that the owner of a 2005 GMC Yukon had reported it stolen and that the owner’s wife, Linda Salazar, had driven the Yukon to work in Duncan on November 5.

Charges were filed against Sanchez-Garcia for Murder in the First Degree – Deliberate Intent on November 29 of that year.

“The Office of International Affairs and the Department of State approved our request and it was officially submitted to the Government of Mexico on November 7, 2017, exactly one year after Linda was found murdered,” Sheriff McKinney stated.

McKinney said that the he was informed that the Government of Mexico had issued an arrest warrant for Sanchez-Garcia in May of 2019 and that the US Marshalls Service and Mexico Interpol Police had arrested Sanchez-Garcia on June 28, 2019.

At the press conference on Thursday, District Attorney Jason Hicks said that due to requirements imposed by the extradition process, his office would not seek the death penalty in the case. “It was out of our hands from the get-go,” Hicks said.

Hicks also said that the extradition statues provided a limited time frame – 180 days - in which Sanchez-Garcia could be tried.