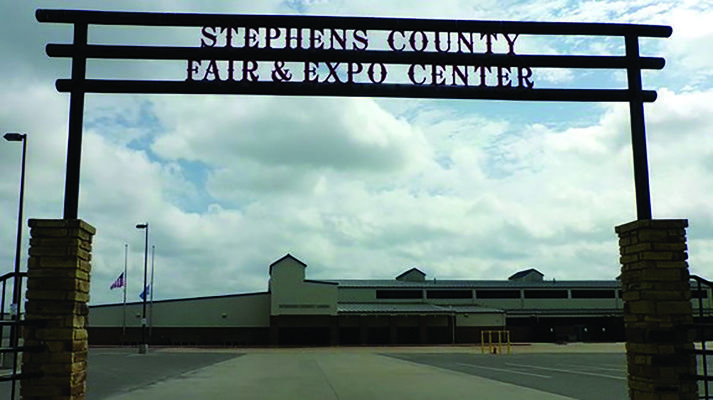 The Stephens County Board of Commissioners on Monday opened bids for a 2,000-gallon water tank to be installed on a water truck owned by District #3. The two bids, one from Green Thermal Solutions for $12,685, and one from East Texas Truck Systems for $22,900, presented quite a difference in price that could not immediately be explained by the documentation provided. Chairman Russell Morgan suggested that the Commissioners table a decision about the bids while more information was obtained.

The Commissioners acknowledged a donation from Continental Resources of 250 tons of crusher run for the same District 1 road on North County Line between 18 Mile and State highway 76 that had received a similar donation last week. They also adopted a resolution to accept a donation of 800 tons of dirt for a nearby county road in District 1 from Johnny Beckham.

The Commissioners also heard presentations from Tommy Bardsher of Great Plains Kubota and Robert Frakes, Sales agent for MASA Medical Transport Solutions regarding potential interest in their products. No action was taken as a result of either presentation.

In his report on the Stephens County Fair and Expo Center, Morgan reported that the previous weekend had hosted four different events: a horse fair, coin show, chicken sale, and a circus. He also read aloud letters from the Marlow Ag Boosters and ESA Sigma Nu regarding the service and accommodation provided by Fairgrounds staff during their recent events held at the facility.

The Marlow Ag Boosters thanked the fairgrounds crew for helping them host a successful Winter Pig Show, emphasizing the positive attitude of the staff and saying that other organizations in attendance also compliment them. “Year after year, we are told that we have the most efficiently-run show on the Oklahoma Club Pig Association circuit.” The letter also complimented the cleanliness of the facility.

The letter from ESA Sigma Nu thanked the Fairgrounds staff for their contribution to the success of their Nu Year Bull Bash. “All of the long hours and labor they put in do not go unnoticed,” the letter reads. “Their attention to detail from the arena setup to the cleanliness and organization of the concession makes our job hosting the event that much easier.”

Morgan said that he felt if people took time to write the letters, it was important to him to read them.
Upcoming events include local district shows this weekend as well as the Stephens County Junior Livestock Show beginning Monday, February 17.