NOTES ON MPS BOND ISSUE, Part 3 of 3: Faculty Weighs in 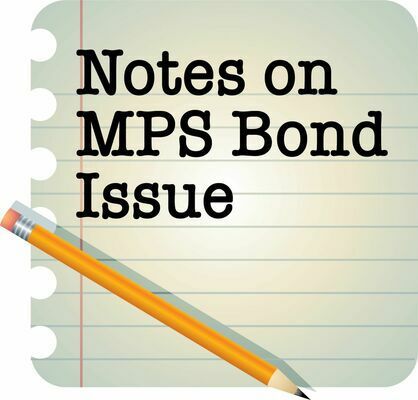 Editor’s Note: This is the third in a series of articles regarding the proposed Marlow Public Schools bond issue that will be on the ballot on February 8, 2022.

Marlow High School faculty recently expressed their views on the proposed bond issue for Marlow Public Schools that will send voters to the polls on Tuesday, February 8.

Marlow High School art teacher Arlyn Brantley said that adding classrooms would benefit the visual art program with an expanded classroom space and opportunities to collaborate with other programs in the same building.

“This will put the art program into the main building as part of the core academics at Marlow High School,” Brantley said. “It will give us the chance to engage with other classrooms, other studies, and offers the opportunity to showcase and display student work so that the whole school can be a part of it.”

Brantley said that the proposed new art department would be an open-concept space that could be used for multiple projects at once.

“We can tailor the space for different projects from painting and drawing to ceramics,” Brantley added. “And in the main building, we’ve got an opportunity to use the computer lab for digital art that we haven’t had in the past.”

“The bond provides needed updates to current facilities,” Weber said. “It would also be a segue to keeping facilities modernized with smaller projects in the future.”

Paula McConnell, who has helmed the speech and drama department for 40 years, agreed that improvements to facilities is necessary for the fine arts programs at Marlow.

“Expanded facilities equal expanded participation,” McConnell said. “We’ve accomplished so much with what we have now, a performing arts center would give us the opportunity to do so much more.”

McConnell said that she would like a workshop for her stage craft class as well as additional practice spaces and storage. She also acknowledged that after four decades at Marlow Public Schools, she has an eye on retirement.

“This is my 40th year,” McConnell said. “I won’t be here forever, and if we can make sure our facilities are as good as the programs that use them, we can recruit a teacher who’s as good as they deserve.”

The plans for the bond issue also include renovations for the field house and rest rooms at Outlaw stadium as well as a new practice facility for the wrestling program.

Weber said that the planned improvements to the stadium and football training facilities will benefit both the team and the community.

“This would be a huge improvement for both team and fan experience,” Weber said. “We have made do with the fieldhouse and weight room, but both were built in the fifties and they are obviously dated. The team, with grown in numbers, needs more room and storage.”

Weber said that the both the fieldhouse and stadium require improvements in order to fulfill basic needs.

“Restroom facilities in the fieldhouse are not adequate for the number of student-athletes we have,” Weber explained. “And obviously, fans who have attended games know that restroom facilities need an overhaul.”

Weber added that although the fine arts and athletic programs had seen success in recent years, the proposed improvements were needed across the board.

“This is not a reward for the success of athletics, speech, vocal music, and band, but needed growth to move our school forward.” Weber said. “This bond will impact generations of students long after we are all gone.”